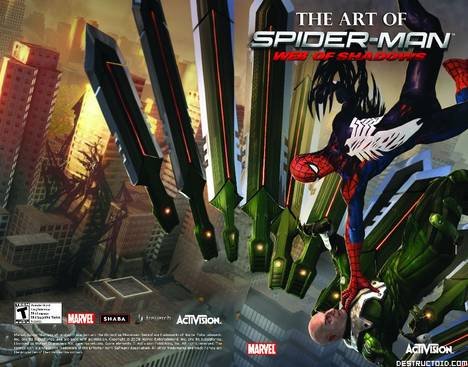 Sometimes pre-order items are lame, like an XXL t-shirt that you end up using as rags, for instance. Or the tampon that was in my used copy of Shadow of the Colossus I bought from GameStop when I pre-ordered Call of Duty 4 …

In other cases, they’re like this cool art book you get if you pre-order Spider-Man: Web of Shadows for the Xbox 360 or PlayStation 3 at Best Buy. Hell, you don’t even have to go in to a store — just pre-order it online. Not surprisingly, the book will be filled with Spider-Man art, and should be a nice collectible for comic book fans.

This story about the pre-order (and the three new screens) was anything but boring. The end.