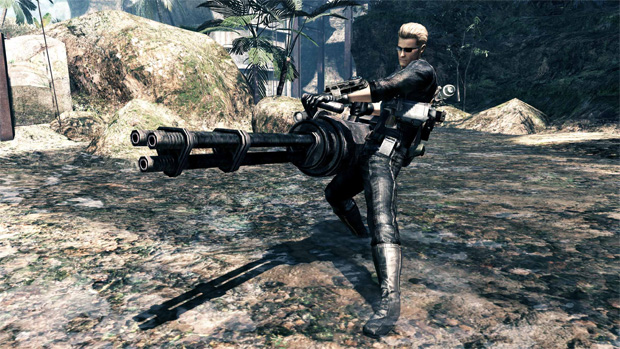 This is the sort of mash-up you dream about but never get to see actually happen.

On second thought, Capcom totally did this with the last Lost Planet. Remember Frank West? He was playable in it. Although … the more I think about it, the more I realize Albert Wesker in Lost Planet 2 is even crazier.

Why? Because Lost Planet 2 has 4-person co-op. You could theoretically have the game turn into a story about Wesker and his three clones going into the jungle to kick some Akrid ass. And let’s face it — there is little in this world greater than that.

Besides the Wesker skin, those who pre-order from GameStop will also get his trusty revolver. According to Capcom, it’s supposed to pack a mighty punch.