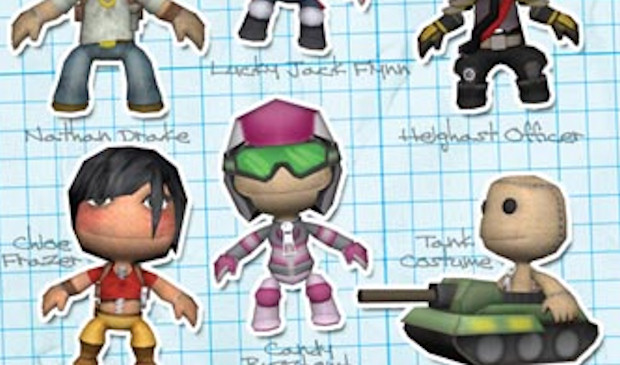 Here’s another pre-order incentive for those keeping score, this time concerning the PSP debut of LittleBigPlanet. It would appear that LittleBigPlanet PSP will be just as obsessed with Sackboy clothes as its PS3 counterpart, offering as it will one of six free costumes to anybody reserving the game through GameStop.

The costumes are based on Uncharted 2, MotorStorm and Killzone 2. One of them clearly stands head and shoulders above the others, because it’s a motherf*cking tank. You can also dress up like Drake, a Helghast, or Lucky Jack Flynn, whoever the Hell that guy is.

So yeah. Here are some things that you can get if you want.