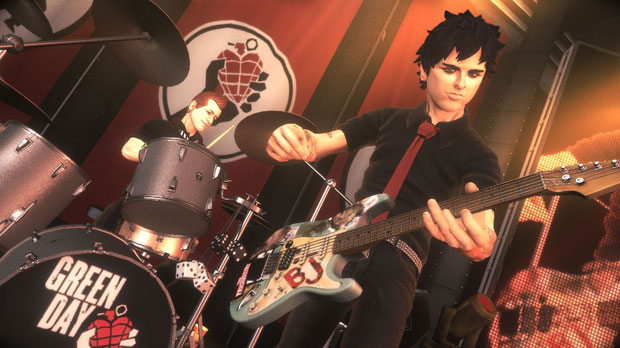 Unlike The Beatles: Rock Band, the 47 tracks on the upcoming Green Day: Rock Band won’t be held hostage on the game disc. Instead, PlayStation 3 and Xbox 360 owners will be able to export the songs to their hard drives for play in Rock Band 1-3 for a fee of $9.99.

But for those who pre-order it at GameStop, they can keep that ten spot in their pockets. The retailer is offering up a token to export all 47 tracks with a pre-order. Alternately, fans can pick up Green Day: Rock Band Plus for $69.99, which features a similar token, as well as six additional Green Day song downloads (and fancy box art).

With a pre-order only being $5 (and going towards your purchase), if you intended to pick up Green Day: Rock Band (and own other versions of the music game), then this seems like a pretty good deal. That is if you’re into Green Day saving money, of course.