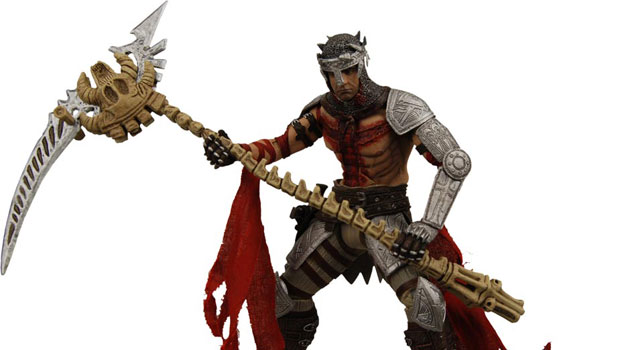 When Visceral and Electronic Arts announced the Dante’s Inferno demo for December, I breathed a sigh of relief. It was not, as many demos seem to be these days, tied in to a pre-order bonus.

Instead, Dante’s Inferno is getting something a bit better — a Dante’s figure. GameStop is offering up the collectible figurine with pre-orders of the title. The figure looks pretty detailed and posable, but there’s no indication as to how big it is. Dante is also, as GameStop points out, holding the tattered remains of his red Snuggie.

If you enjoy the demo, is the promise of a figure enough to get you to throw down your pre-order dollars?