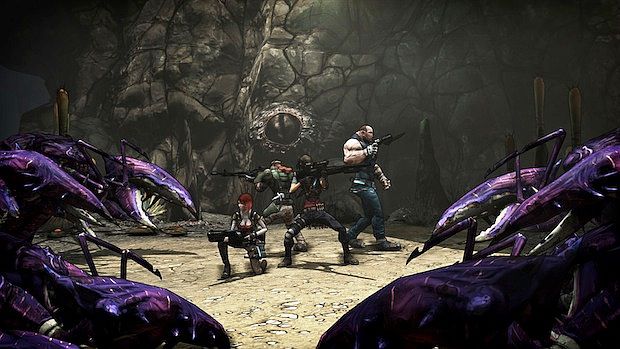 It’s no secret that Borderlands offers players their choice of over a bajillion guns as they progress through the FPS. The game procedurally generates them, like an MMO generates swords or other stabby weapons. Some guns will be better than others as internal dice make a random decision, but this won’t apply to at least eight guns as retailer GameStop is rocking an exclusive.

Earlier this morning, the retailer sent out an e-mail pointing those on its newsletter list to a Borderlands pre-order bonus called the “Mercenary Weapon” pack, which gives pre-orders 8 “unique” in-game weapons to roll with in the shooter.

Available both online and in-store, the bonus will stick around until supplies last, or, you know, the game ships.