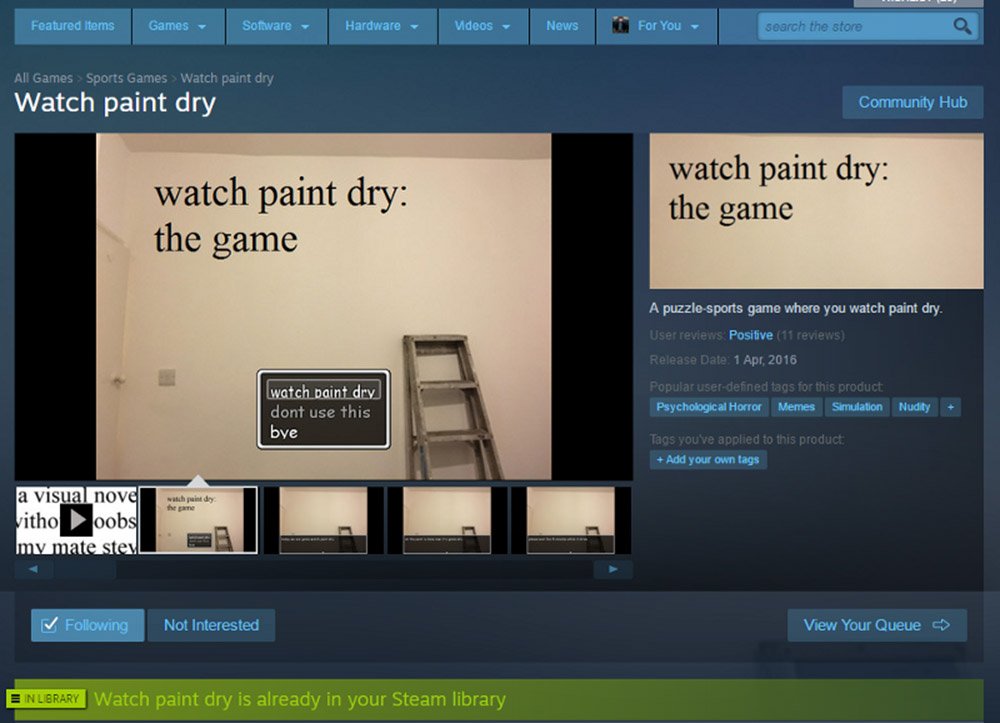 A little early for April fools

A lot of shovelware makes it onto to Steam, but Watch Pain Dry, a game literally about watching paint dry, seemed a bit over the line. In fact, that was the point. Watch Paint Dry was never designed to be a real game, an art project, or even a “screw you” to other bottom-feeder titles. Watch Paint Dry was a prank designed to expose a security vulnerability in the Steamworks Developer Program.

And here I was kind of hoping for Frog Fractions 2.

Playful programmer Ruby (who I can’t help but picture as a lovable scamp like Matthew Broderick in Wargames) used some fairly simple tricks to bypass Steam’s authentication process and get the game on the new releases board. Not at all shy, Ruby describes all the steps he took in a post on Medium, including making fake cards and emoticons for the game.

I’m no Hugh Jackman in Swordfish, but the actual “hacking” involved here seems pretty rudimentary, kind of surprising really. Don’t bother running off to push your own prank to the front of Steam storefront, since the loopholes have already been plugged by Steam’s elite (and probably a little embarrassed) security team.

Still, it makes for an interesting read while you wait for Frog Fractions 2. Still waiting. Always waiting…