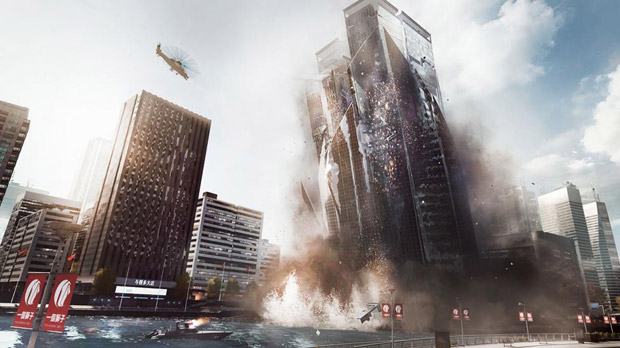 On behalf of players everywhere, thank you

We’ve all been there. The aircraft in the Battlefield games look so alluring and, after finally working up the courage, you’re able to jump in one of ’em. Mere seconds later, a freak accident ensues and your team is left with a burning hunk of metal and a player to vent at for the rest of the match. Never again. In Battlefield 4, there will be a place to practice that isn’t a live game full of other human beings who are rightfully concerned with winning.

Creative Director Lars Gustavsson, via an IGN Q&A, brings the good word: “We’ve definitely heard that people are afraid of getting in there [and using vehicles like helicopters] and that’s not our intent, so what we’ve done is, we’ve added a test range, which allows you to try out all the hardware ahead of time so that if you want to learn to fly a helicopter you can get in there and you can find the settings that work best for you.

“And then start doing some stunt flights just to feel safe before you go out and get the responsibility of a bunch of other people sitting in your helicopter, so I truly hope that this will help people feel more safe about trying out the whole battlefield.”

It won’t be long before we’re all A-Teaming it.