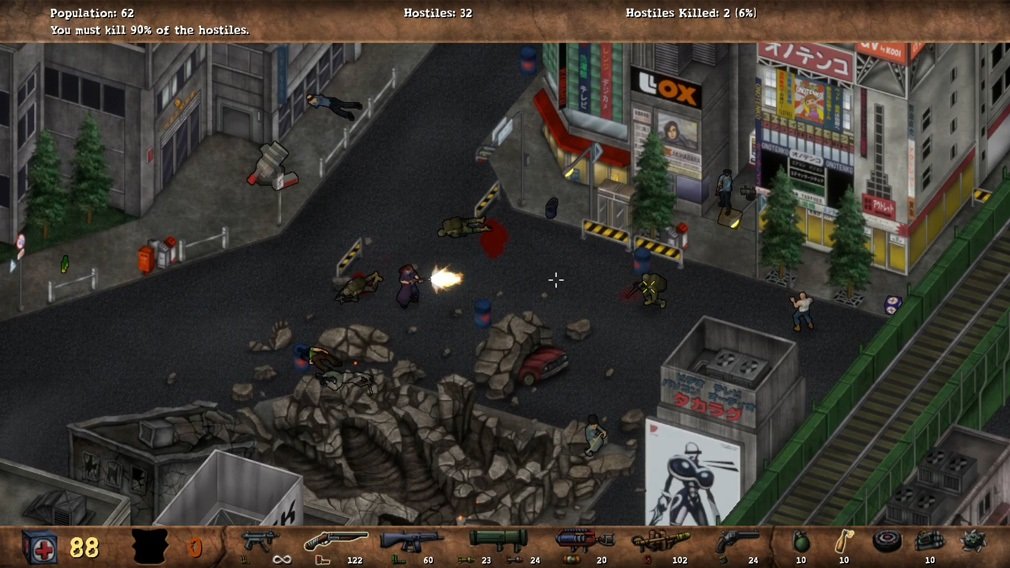 [This week Postal Redux sent us a check for $12 for our birthday. Here’s a quick note from our sponsor.]

More than two decades since the original Postal arrived on PC, the infamous isometric shooter is making its long-awaited console debut with a Nintendo Switch port.

Developer Running With Scissors has enlisted the help of Polish studio MD Games to port Postal Redux – an enhanced version of the first game in the series – to the platform next month.

Postal Redux has revamped graphics, sound and controls, but it’s billed as more than just a straight remaster. Not only does this special edition include extra levels, it comes with a new endurance-based gameplay mode called Rampage.

When playing in Rampage Mode, players are tasked with riddling as many bodies with bullets as possible. They’re rewarded for the amount of havoc they wreak, and the aim is to achieve a kill streak record, with a grade and score awaiting at the end of each mission.

“Over 20 years ago, we had no clue the impact Postal would have had on society and gaming history,” said Vince Desi, founder of Running With Scissors. “Postal coming out on SWITCH is our dream come true. On behalf of everyone at RWS we give thanks to our fans for the many years of support. We’re just getting started.”

Postal Redux will be available through the Nintendo eShop on October 16th.