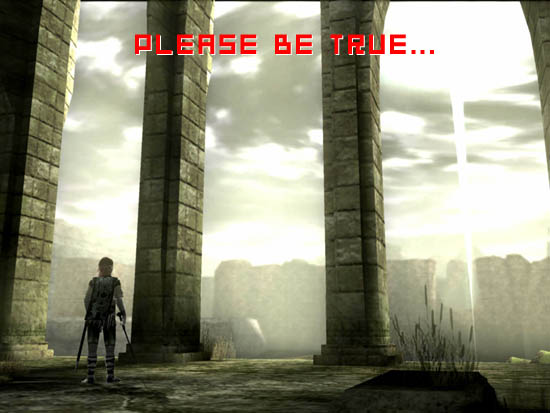 Ears will surely perk with this news of a potential sequel for the PlayStation 2 title Shadow of the Colossus… or is it an ICO sequel? As of now, nothing is confirmed, but a quote from the Official PlayStation Magazine (UK) gives us something to go on.

“We asked Sony boss Kaz Hirai what was going on with Team ICO a couple of months back,” alleges OPM. “As he was pleading ignorance, one of the other execs present blurted out, ‘I’m pretty sure they’re doing the sequel.'”

We won’t be picky. A PS3 version of either title would be great, although I’d have to lean more towards a second Shadow of the Colossus. Shadow still stands as one of my top ten games of all time, not to mention my number one “best game to scream at.”