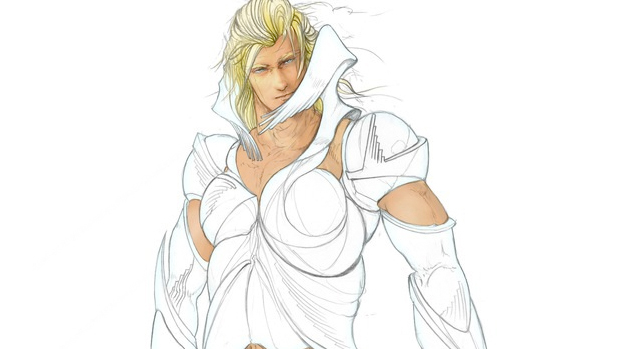 Now that El Shaddai: Ascension of the Metatron is two weeks away from release in North America, Ignition Entertainment is looking towards the horizon. I spoke to Shane Bettenhausen, the director of business development at Ignition Entertainment, while previewing El Shaddai and was told that Ignition sees the game as a brand. This explains the release of designer jeans, a themed karaoke bar, and even a manga by Square Enix. In the future there will also be toys and action figures by Bandai, plushes, art books, too.

Obvious cashgrabs, maybe, but amidst all of this, Shane mentioned something interesting to me: the game itself does not answer all the questions players will have. While manga and anime could provide closure to players, Ignition is already thinking about future games.

“I think first we’ll probably do more of spin-offs… whether that’s DLC, I think it might be cool to port this to Wii U or Vita maybe.” Shane posed a couple of possibilities, one of which is taken from an early concept for the game. El Shaddai used to have a female protagonist in its early stages, but they ended up scrapping that idea. That female protagonist may just be the new heroine in an El Shaddai spinoff.

An edgy, artistic game with a fascinating story and an awesome female protagonist? Count me in.

Filed under... #El Shaddai: Ascension of the Metatron#News