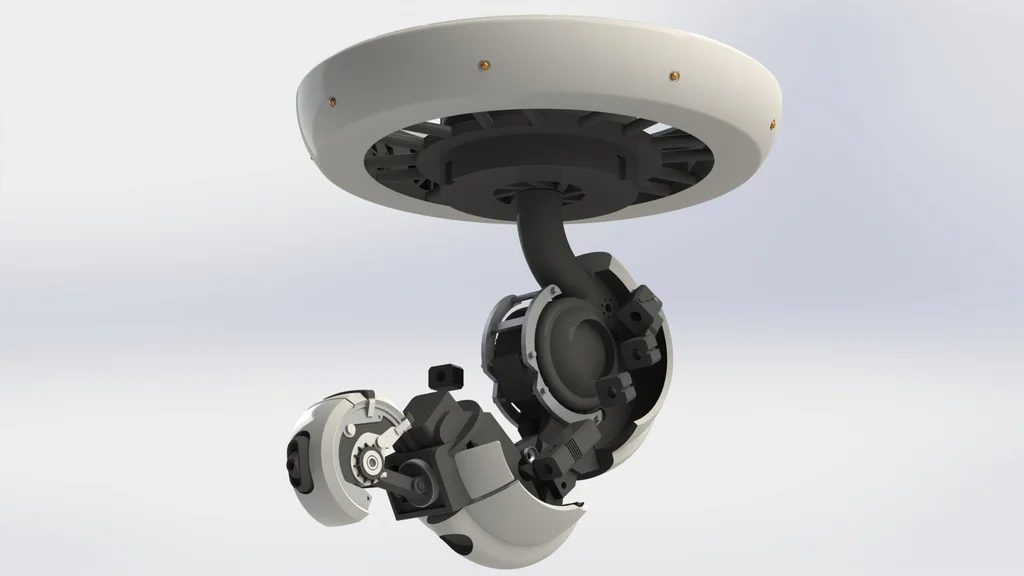 How are you holding up? Because I’m on your ceiling.

There was a time when making props from movies, games, or comics was something to be left to the professionals, but with how accessible and affordable 3D printing is these days, fans are making elaborate pieces from the comfort of their own homes. That’s exactly what this fan of Portal did when he decided to make a two-foot-tall replica of GLaDOS that he 3D printed, painted, and hung themselves. It doesn’t look like a simplified version of our favorite AI villainess, either — she’s complete with all of the wires and guts that make her what she is.

I printed, painted and hung a 2 foot tall Glados. from gaming

The original poster doesn’t disclose too much information about what went into this massive project, but they did say that it took them 150 hours over the course of two years to complete!

Plenty of other Reddit users had suggestions on how to further improve the project, like adding a light-up eye with motion sensors so she wakes up and speaks to anyone who might walk by, but it sounds like OP is planning to somehow sync her up to their Portal game, so that she insults them whenever they die. They hung it directly over their computer desk, too so there’s really no escaping her.

As a huge fan of the Portal series myself, this is one of the coolest pieces of gaming memorabilia I’ve seen as of late. The fact that hobbyists can download the plans for a project like this and make it at home in a way that’s fairly inexpensive says so much about how far the technology has really come.

I know that personally I wouldn’t want to hang a giant GLaDOS over my head because she would definitely freak me out, but I’m happier for knowing that this exists out in the world.