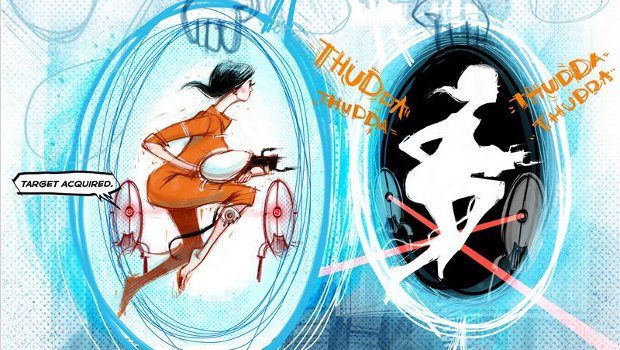 In the run-up to the release of Portal 2, Valve has been working on an online comic to help fill players in on some of what has happened at Aperture Labs since the last time Chell was conscious. In addition to setting the scene, artist Michael Avon Oeming told IGN that Valve, “hid the truth about cake,” somewhere within its pages. Sounds to me like this is a job for the internet.

The comic was developed entirely in-house at Valve and will be appearing on IGN Comics starting this coming Friday. You can see a few pages right now in IGN’s interview with Michael Avon Oeming.

Expanding the World of Portal 2 [IGN Comics via Big Download]