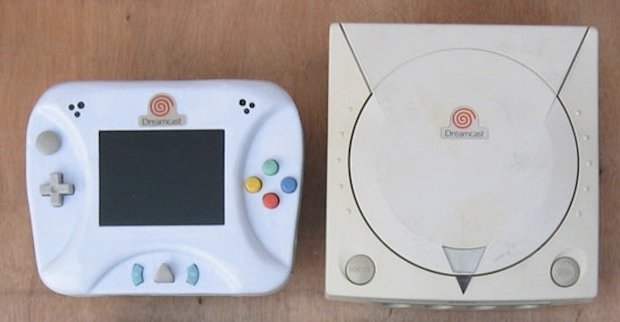 Look, we all liked the Dreamcast. But it’s time to get over that sh*t. I have one, in my closet, stacked with all those old games that I loved. The reality is that most of those great games have survived since the death of Sega’s last console. I play ChuChu Rocket! on my phone, and there’s that nifty DC collection that was recently released on Xbox 360. It’s time to move on!

Someone in Japan hasn’t moved on. They’ve created this ugly portable that has Dreamcast innards. It may also have the same buttons and logo sticker, but it’s not official. No, Sega would never green light anything this chunky and knoby.

If you simply can’t get over the past, Andriasang says that Pachimon TV will begin selling these things in June. They’re asking 38,000 yen (about $470) for one of these monsters. I’d say wait and save that money for Sony’s NGP or PS Vitamin Water or whatever it’s called.