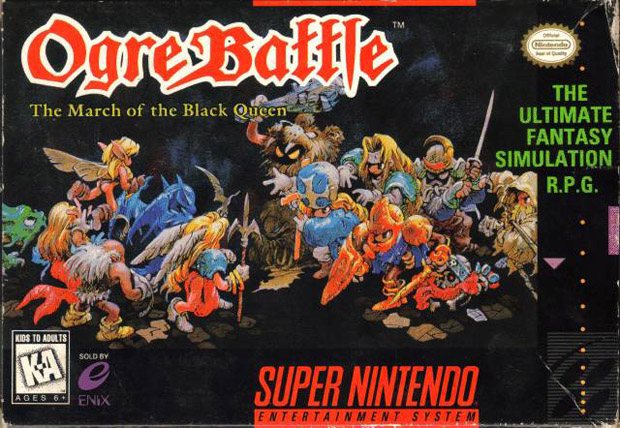 Yeah, that’s all I got. That’s all Famitsu gave. Their crap tease says that there’s an announcement coming next week about a popular strategy RPG franchise. The next issue of Famitsu magazine will reveal the newest entry of this franchise when it’s released next week.

Until then, it’s guessing game time. The only solid hint, other than the SRPG thing, is that it’s a “popular” series. Siliconera seems to think it’s Disgaea as Nippon Ichi said that they would make a PS3 game. That would be fine, I guess. But I’m still hung up on another suggestion: Final Fantasy Tactics. Oh yes. Wouldn’t that be wonderful?

Shining Force? Ogre Battle? I’ll take any of these.