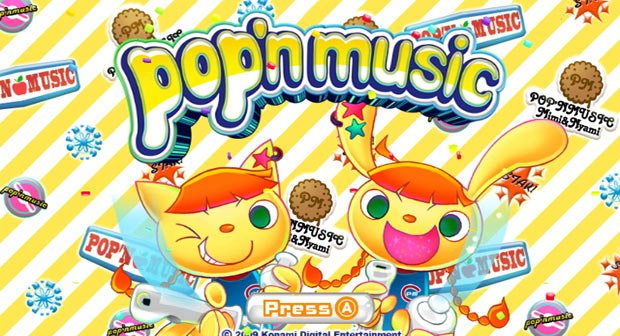 When Pop’n Music was announced for the Wii at E3 this year, kitty and bunny ears everywhere perked up among its dedicated fans. They then dropped when it turned out that, not only was there no 9-button mode, there wouldn’t even be a traditional Pop’n controller to play it with.

I can somewhat understand the need to dumb everything down to appeal to a wider audience, but if you’re familiar with Pop’n, this is rather like Rock Band coming without any guitars or a drum kit. DDR with no dance pad. Admittedly, the game can be difficult if you want to swing that way, but to remove those options entirely for the game’s established fanbase pretty much rips out its Bemani spirit and stomps on it.

You can rabble and cry “elitist” all you want, but If so much of what made the game what it was has been stripped away, why call it by the same name? New IPs are a good thing, you know. I’m all for inviting newcomers and giving people an easy version of the game, but here was a great chance to appeal to a more hardcore audience, which has instead been completely left out in favor of the former.

If you’ve never played it, however, this could still be a nice gateway into the world of rhythm games for you. Some of the franchise’s beloved characters are still around, and at least we can say it sort of looks like Pop’n Music, which means it immediately beats the pants off of the abomination that was Beat ‘n Groovy. You can see for yourself by taking a look at these new screenshots in the gallery below.