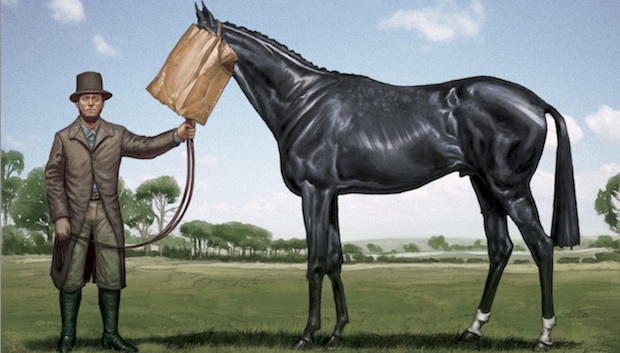 Today PopCap announces a new small games label called 4th & Battery. This experiment gives the company designers and developers free reign to create smaller, simpler games without the constraints of normal game publishing. The company is named after the cross streets where PopCap is located, in Seattle.

“4th & Battery is a purely experimental, creative label with none of the typical concerns like schedules, profitability, or even target audience. It’s kind of the video game equivalent of B-sides or short films,” explained Jason Kapalka, co-founder and Chief Creative Officer at PopCap. “Expect weirdness.”

Speaking of weirdness, Tte first game from 4th & Battery is a game called Unpleasant Horse. We’ll see the release on the App Store for iPhone later this month. In this game you’ll play as a winged horse that goes about destroying small birds and landing on more pleasant horses from above. Landing atop other horses enables the player to force them earthward into a perpetual meat grinder for extra points and special bonuses.

I love PopCap, and I think everything they put out is gold. I expect greatness from this new venture.