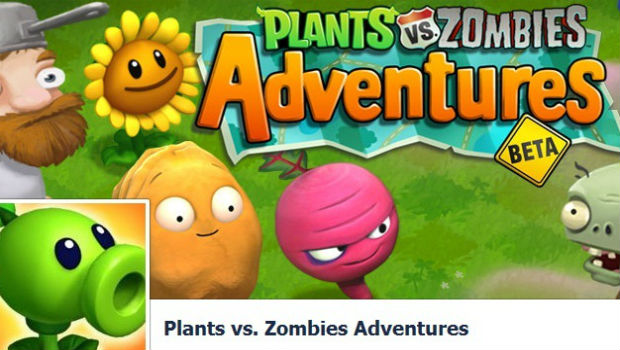 PopCap Games has just announced Plants vs. Zombies Adventures, a new game on the Facebook platform. If you “like” the landing page, you’ll have a chance to play in the beta, which is coming soon, according to the post. Gameplay will consist of “endless waves of new characters, strategies, territories, and community challenges.”

If I had to wager a guess as to how it played, it’s probably a free, limited version of the original Plants vs. Zombies, with some sort of energy mechanic to prevent you from playing it indefinitely.

Say what you will about Facebook games, but PopCap does right by them. Solitaire Blitz was one of my go-to games last year, and Zuma Blitz is also a great time-waster. I just hope this isn’t the Plants vs. Zombies 2 project that was supposed to release right around this time.