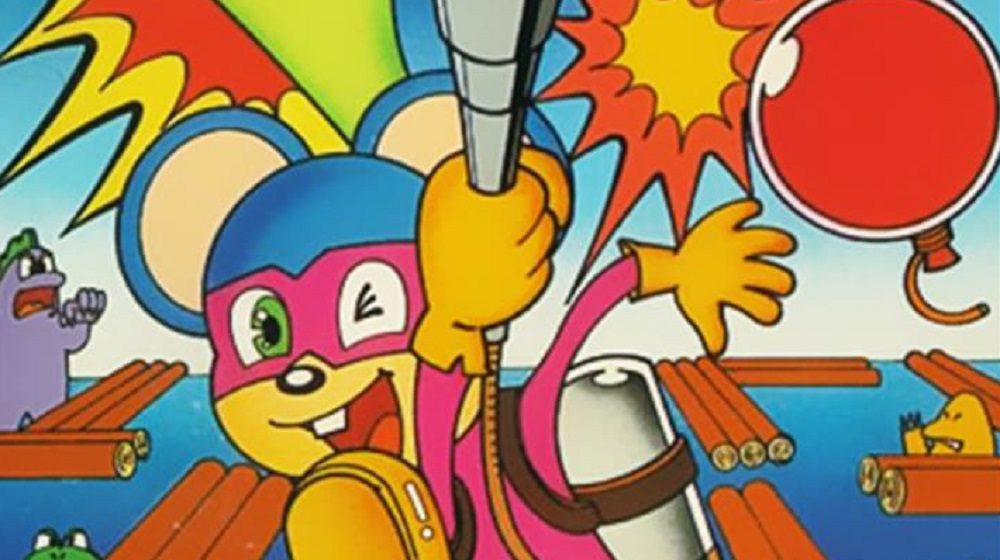 Balloons, dinosaurs, and flamethrowers, oh my

As many of you who follow gaming history will be aware, the formative years of our favorite past time were often built upon the concept of throwing a hundred elements at the wall and seeing what sticks. Case in point: Jaleco’s Pop Flamer, now available to download on PS4 and Nintendo Switch as the latest addition to Hamster’s Arcade Archives.

Frankly, I’m not sure how best to describe this. Originally hitting the arcade scene in 1982, (before later being ported to the Sega SG-1000), Pop Flamer is a vertically scrolling wraparound platformer that puts players in the boots of a masked mouse wielding, of all things, a flamethrower. Players guide our maniacal hero on a mission to burst a flurry of balloons dotted about each stage, while avoiding sensibly chosen enemies such as dinosaurs, frogs, and… things. Why mousey needs specifically chose a flamethrower isn’t explained, but such is the way of old-school game design: Thought of something? Just add it. Punk as Fuck.

Pop Flamer fell between the cracks of video game history, but does feature fast gameplay, relatively colorful graphics, and some fun animation. It’s hardly a “must-play” title, but I’m sure Hamster completionists will be ready and raring to add it to their massive collection of arcade classics. Pop Flamer is available to download now on PS4 and Switch, priced at around $8. You can see the game in action in the video below, courtesy of YouTuber Old Classic Retro Gaming.