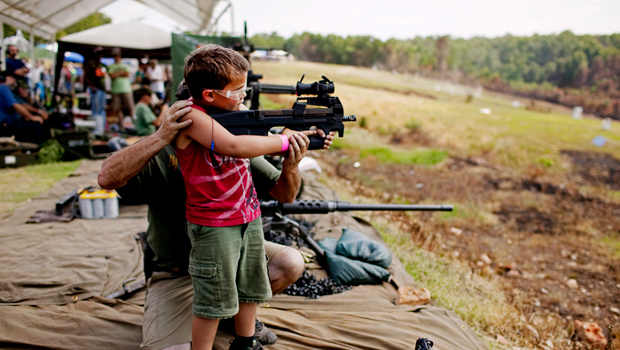 The debate rages on

In the wake of the recent string of violent acts across the United States, many are still looking for someone or something to blame. A majority of Americans (58 percent) believe playing videogames contributes to increased levels of violent behavior in teens, according to study by Harris Interactive. Of the 2,278 participating adults, 38 percent were oblivious to the existence of the ESRB, while an additional 33 percent indicated that they let their children play whatever they want.

“The findings underscore the lack of awareness Americans have about the video game rating system, as well as the confusion in the market,” Harris president Mike de Vere said in a statement. “They also factor into a larger discussion playing out across our country and on a political stage around how violent games impact our youth, with President Obama recently announcing his desire to look into ways to fund research examining the impact of violent video games on children.”

Roughly half of those surveyed (47 percent) had little faith the ESRB’s efforts keeping adult content out of the hands of younger gamers. The results also showed Americans are far more confident in rating systems for television and film. Despite anecdotal data of screaming children on Xbox Live, Federal Trade Commission studies reveal the game industry’s enforcement mechanisms are far more effective than music or movies. Still, this or the complete lack of scientific evidence implicating games as a cause of violent crime is unlikely to dissuade folks from their deeply entrenched opinions. The witch-hunt continues.

Harris Poll: 58 percent of adults believe in a correlation between video games and violence [Venturebeat]