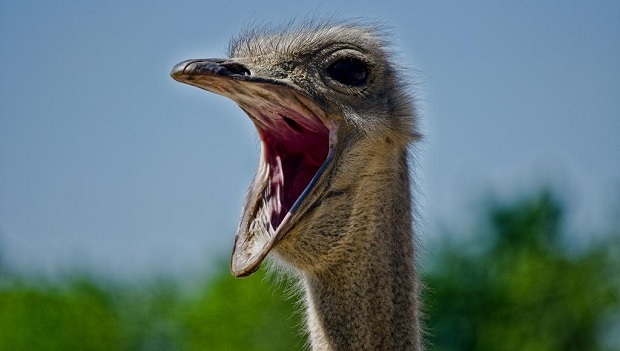 Hurry, imagine away the $90 million debt!

A majority of Rhode Islanders are in favor of becoming ostriches, burying their heads in the sand, and pretending the debt incurred from the state’s ill-fated loan to Kingdoms of Amalur developer 38 Studios no longer exists, according to a recent WPRI and Providence Journal poll of 506 registered voters.

Half of surveyed respondents believe the state shouldn’t repay the $90 million owed to investors who purchased bonds used to fund Curt Schilling’s now-defunct development house. Meanwhile, 38 percent stated they think the debts should be repaid. Everyone else waffled on the hot button issue.

Governor Lincoln ‘I told you so’ Chafee, who opposed the deal whilst running for office in 2010 and allegedly prevented 38 Studios from avoiding bankruptcy, does not want to be an ostrich. However, he does understand how voters feel. The sand is safe and warm, after all. And like Freddy Krueger, debt only has power if you believe it exists.

“Obviously nobody really wants to be on the hook for that dumb decision that was made by the previous administration,” Chafee told WPRI, but warned defaulting “would have ramifications for years and years.” The politician was also quick to point out he is still crusading against Schilling and other architects of the deal to recoup a portion of the massive tab.

Treasurer Gina Raimondo, who is expected to vie for the governorship next year, is also in the non-ostrich camp. “We have to pay that back so we don’t have our bond rating reduced,” Raimondo advised. “I hate paying it as much as anyone,” she said, calling the deal a “disaster” that “never should have happened,” but insists repayment is “the right thing to do for the state overall.”