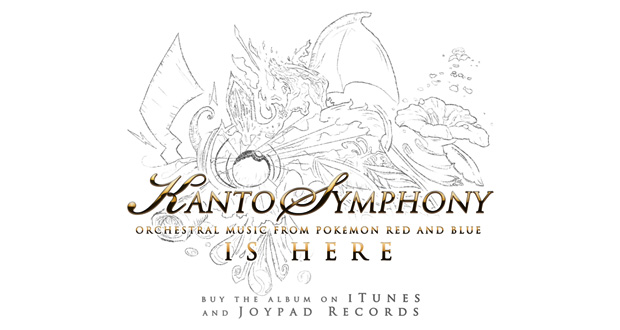 Back in July, I shared a preview of Kanto Symphony, a reworking of the Pokémon Red / Blue soundtrack originally composed by Junichi Masuda. This orchestral update, influenced by the Zelda Reorchestrated project, was spearheaded by Braxton “Skotein” Burks, who worked with Joypad Records in order to obtain the license needed to sell the finished work.

As Professor Hubert J. Farnsworth would say, “Good news, everyone!” Today is the day Kanto Symphony is released to the world! You can scoot on over to iTunes to download the 78-minute, 35-track album, or you can obtain it from Joypad Record’s storefront. It’s a paltry $9.99, so fish out your wallet and go support Braxton’s amazing accomplishment.