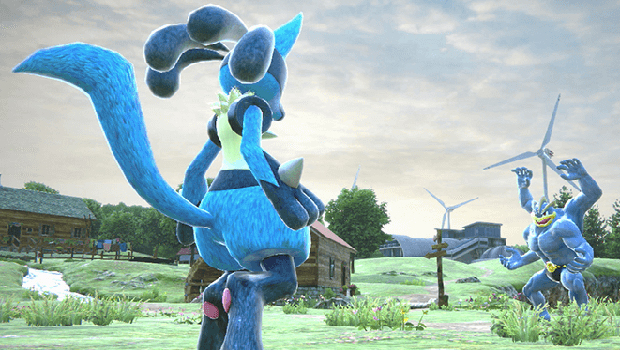 The announcement of Pokkén Tournament came as a surprise to most of us. We knew some sort of Pokémon fighter was coming, but the news that Tekken director Katsuhiro Harada was in charge was an awesome shock. The news that it was only announced for arcades?Shocking, but not so awesome. It will eventually make its way to the Wii U, right, guys? Guys, you’re making me nervous…

As for why it’s headed to arcades first, Harada told 4Gamer the arcade release allows the development team to “see fan reaction sooner” and “that it’s important for fighting games to at least succeed in arcades once.” Seems like to Harada, arcades aren’t so much a place for family fun, and are more of  “a harsh environment” where boring games go to die.

He went on to say “once you have a title that can make it out of the lion’s den called arcades, it’s something you know you can be proud of for being the real deal. Additionally, there aren’t too many developers that take on these kind of challenges nowadays.” I know there’s a Pyror joke in there somewhere. See if you can find it in the comments.