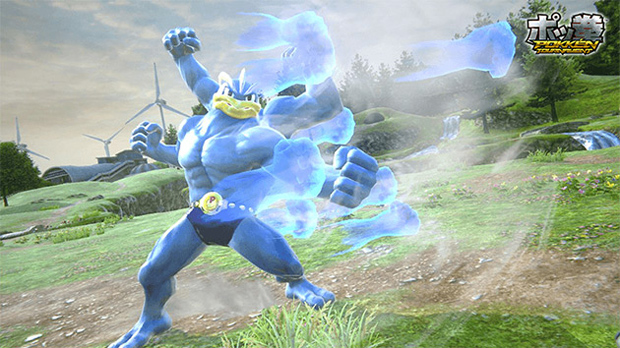 Fresh details out of Famitsu

In a Famitsu interview about Pokkén Tournament translated by Siliconera, Bandai Namco’s Masaaki Hoshino told the publication that its Pokémon fighting game is approximately 30 percent complete, with the first playable demo scheduled to arrive sometime next year.

We know that Tekken characters won’t be making an appearance, but there “might be some sort of hidden elements that could bring a smile to fans of the Tekken series.” And Mega Evolutions, as hinted at in the trailer, have been confirmed. Cautiously optimistic about that.

“When you think about Mega Evolution, there are those [Pokémon] that do Mega Evolve and those that don’t, so you might wonder what happens to the ones that don’t,” stated Katsuhiro Harada. “We’ve already thought of plenty of things like that since the early planning stage, in order to make it more like a Pokémon game. That’s how we’re thinking of shaping this game into one with an emphasis on Pokémon‘s way of playing, along with many of the game’s own ideas as well.”

Should be cool for people who aren’t normally into fighters but like Pokémon, then. I’m most looking forward to seeing the full roster since Machamp and Lucario are such a straightforward fit for the genre. Now I want to see some characters who aren’t — like Diglett or Exeggcute.