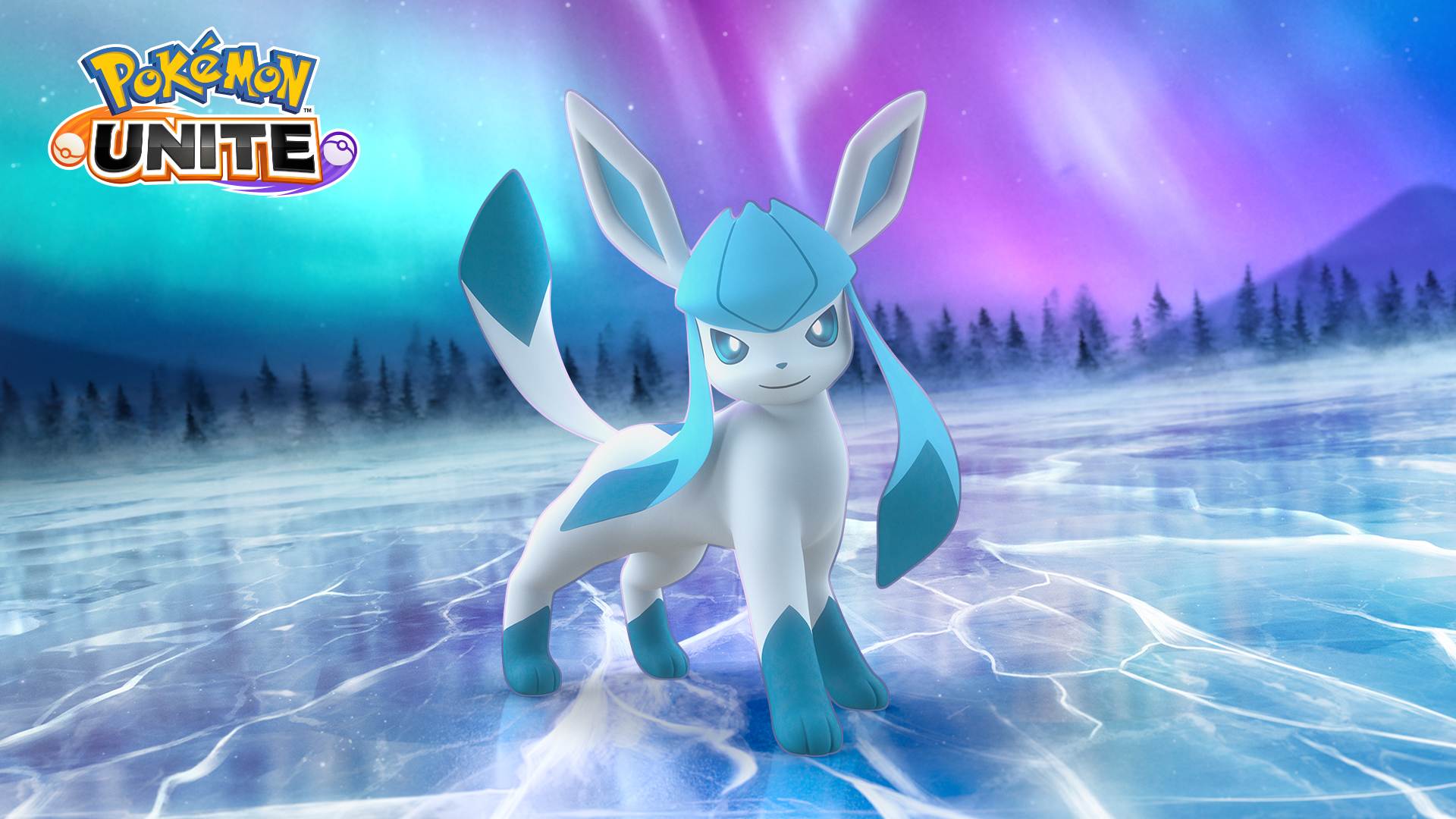 It’s been one year since the launch of Pokemon Unite, and the team is celebrating. Over the next few weeks, Pokemon Unite is getting new playable Pokemon, cosmetics, and more to celebrate its first anniversary.

The celebration starts next week, with the release of Glaceon, the icy Eevee evolution. Glaceon joins on July 21 alongside a challenge, which will let players earn a free Glaceon Unite License.

Two more are expected to join the fray, too. The gigantic Buzzwole enters the arena on August 3. And on August 15, Tyranitar lumbers into battle. 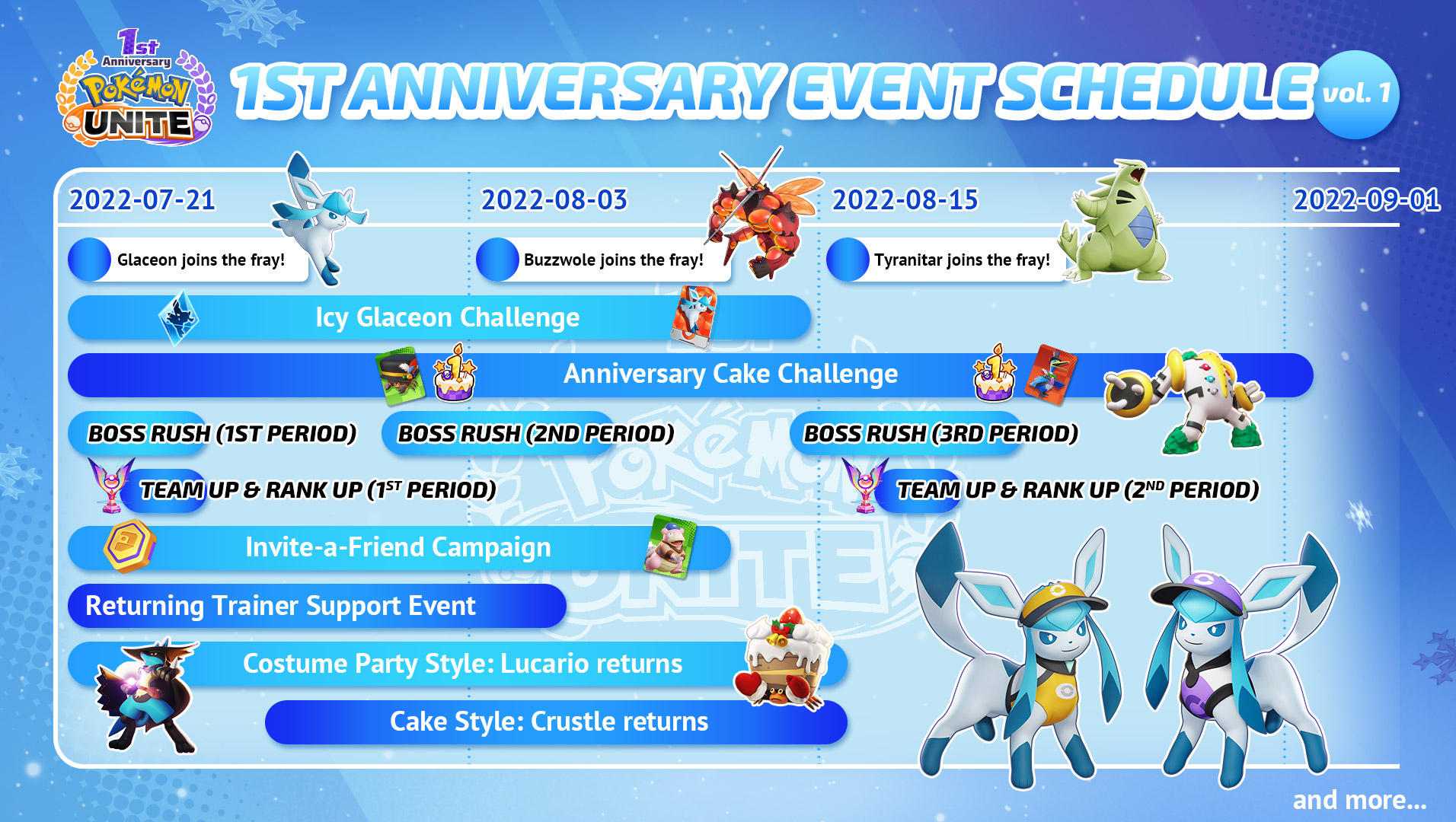 Alongside the new playable Pokemon, a new mode is also debuting. Boss Rush will have players team up to take on powerful bosses and earn rewards. Those who finish with higher scores will earn more. The Boss Rush will be available for three periods of time.

New duds for the new year

A new Battle Pass season will also start rolling out on July 21. Season 9 will have new rewards and levels to pursue, all for the goal of having the coolest-looking Pokemon on the Pokemon Unite field.

There will also be a festive log-in bonus for the first anniversary of Pokemon Unite. Logging in for five days between July 21 and October 12 will net you rewards for each day:

With those, plus a festive anniversary reward chain to chase too, seems like a lot of freebies are up for grabs in Pokemon Unite. The first anniversary might be a good time to log back in if you’ve lapsed over the last year.