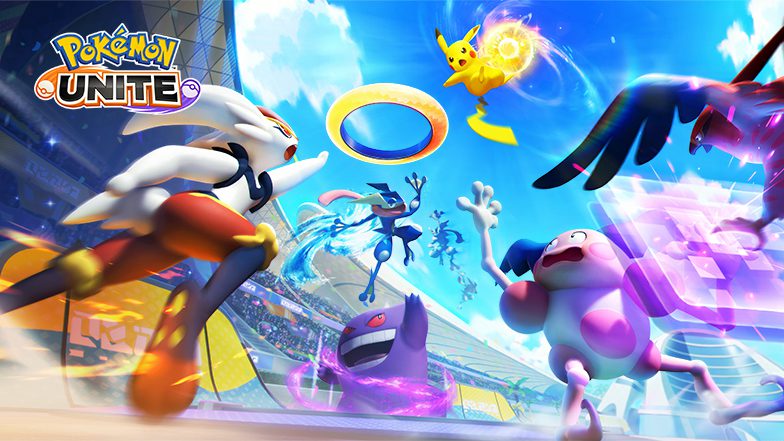 The free-to-play pocket monster MOBA Pokemon Unite launched earlier this week, and if my queue times are any marker, it seems pretty popular. The Nintendo Switch version has been easy to hop onto and find a match within moments, so I can keep grinding away at those energy rolls.

But the combination of Switch accessibility (and eventually phones too), and the broad appeal of Pokemon, means there are probably some folks hopping in who have never played a game like League of Legends, Dota 2, or Heroes of the Storm before.

That’s totally fine! The number-one rule of these games is everyone starts somewhere. If you find yourself frustrated, getting absolutely slammed by your lane opponents, or just want a refresher on best practices for these types of games, me and about a dozen-plus hours of Unite experience (and over a decade of MOBA playing, please don’t make me count those hours) are here to help with some Pokemon Unite tips.

I’ll also say: these are intended for those a little newer to the concept of MOBAs. While some truths are always applicable, if you’ve got a lot of hours in League or Dota these probably won’t be earth-shattering for you. 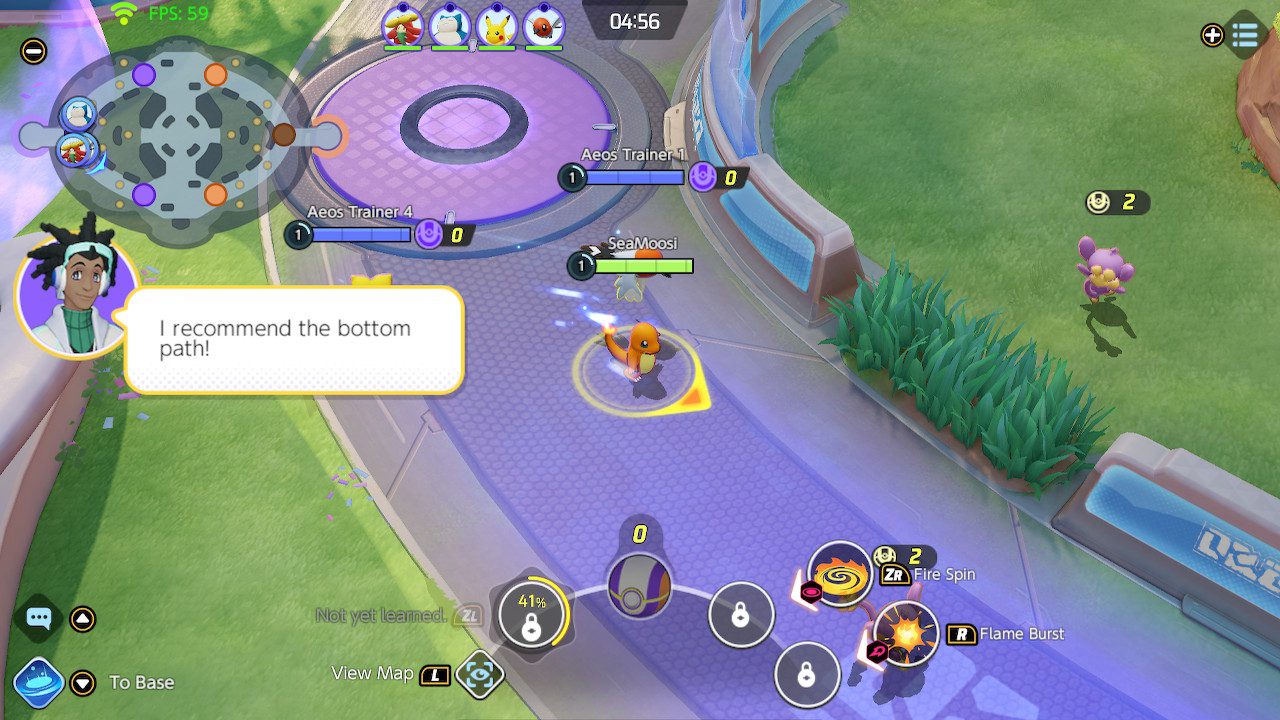 Did you know there are some advanced tutorials in Pokemon Unite? These are off in a side-menu, and while some of the game’s challenges can point you in that direction, it’s best to do them ASAP. These tutorials cover a few higher-level concepts, like aiming a move with the right stick and taking out objective monsters like Zapdos. It’s worth doing these so you know how they work, and so you can be ready to do what’s in my next point.

First off, Pokemon Unite is not a deathmatch. I’ve won games where an enemy player was popping off, purely based on good teamfighting and moving around the map. Points in buckets is what wins you the game in Pokemon Unite.

But just as important—actually conducive to that end—are the various objective Pokemon scattered around the map. In the top lane and bottom lane, two Pokemon will spawn (Rotom and Drednaw, respectively) as wild Pokemon. Taking them out nets you a really good bonus; more pushing power in Rotom’s case, and a nice shield and XP boost from Drednaw. And Zapdos, which spawns late in the match, is the big-ticket objective. Taking out the big bird can open up enemy nets, letting you freely score a ton of points.

Even in the “jungle”—what MOBA players refer to as the space between lanes, often filled with neutral monsters to kill—there are some smaller buffs, like the Bouffalant you can take out for a handy buff. All of these are sources of experience, and more ways to gain an edge over your opponents. Work with your team to secure them! 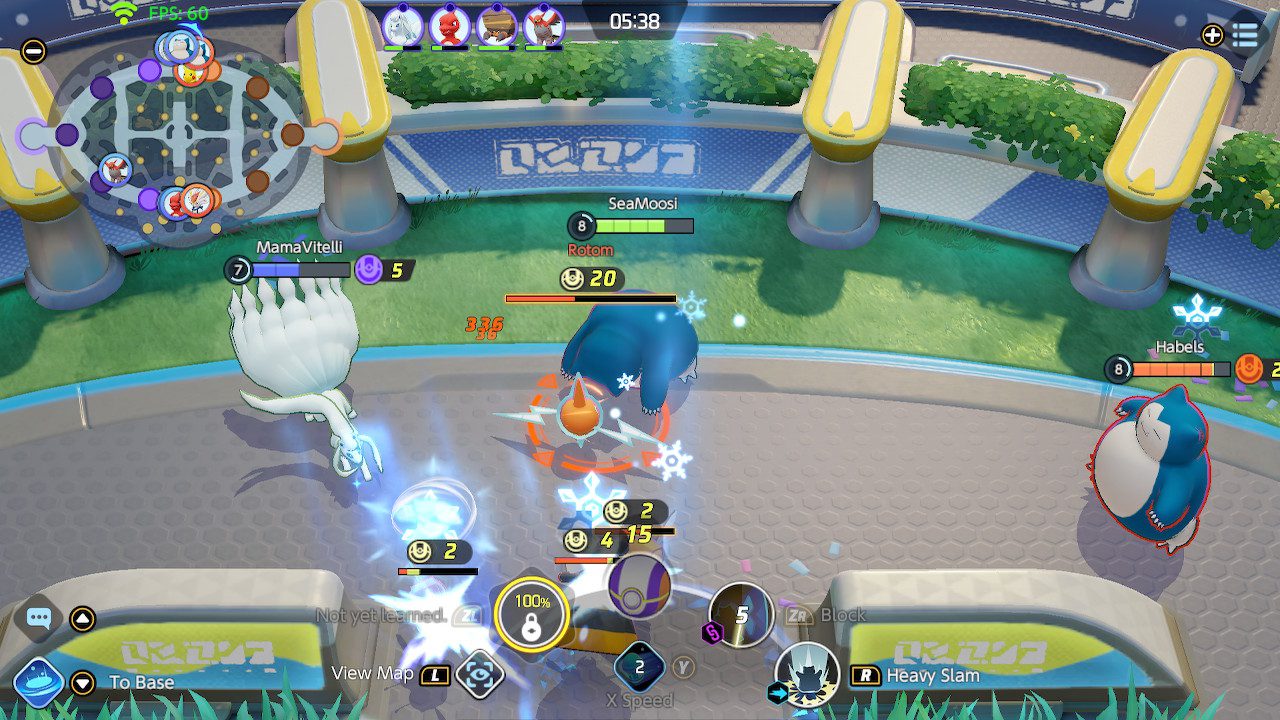 The minimap, in the top-left corner of the screen by default, is a treasure trove of information. It shows other Pokemon that your team can see, whether wild Pokemon camps are spawned or not, countdown timers for objective Pokemon, and you can even glean info from what you can’t see, like whether or not a Pokemon is on the map.

If you’re ever doing something that you can autopilot, like walking between areas or taking out a small wild Pokemon, just look at the minimap. Glance at it like it’s a rearview mirror. Develop a habit of checking in on it, and if you’re on voice chat, calling out any pertinent info like “Zapdos up in five” or “Talonflame is missing.”

Dunk when you can

Getting a kill or two on the enemy team is the ideal time to get even more advantages. Think of it this way: you can now do whatever map activity you want, uninhibited by the enemy team. It’s really easy to win a fight and go back to taking out wild Pokemon, or run back to your scoring pad for a quick top-off.

Instead, if you take out the enemy lane opponents, dunk what you can, when you can! It’s an ideal opportunity to get points in now, and that way you don’t risk holding onto them and losing them later. There are some times where it can make a little sense to hold off on scoring, but a good rule of thumb is to take the opportunity whenever you get it. 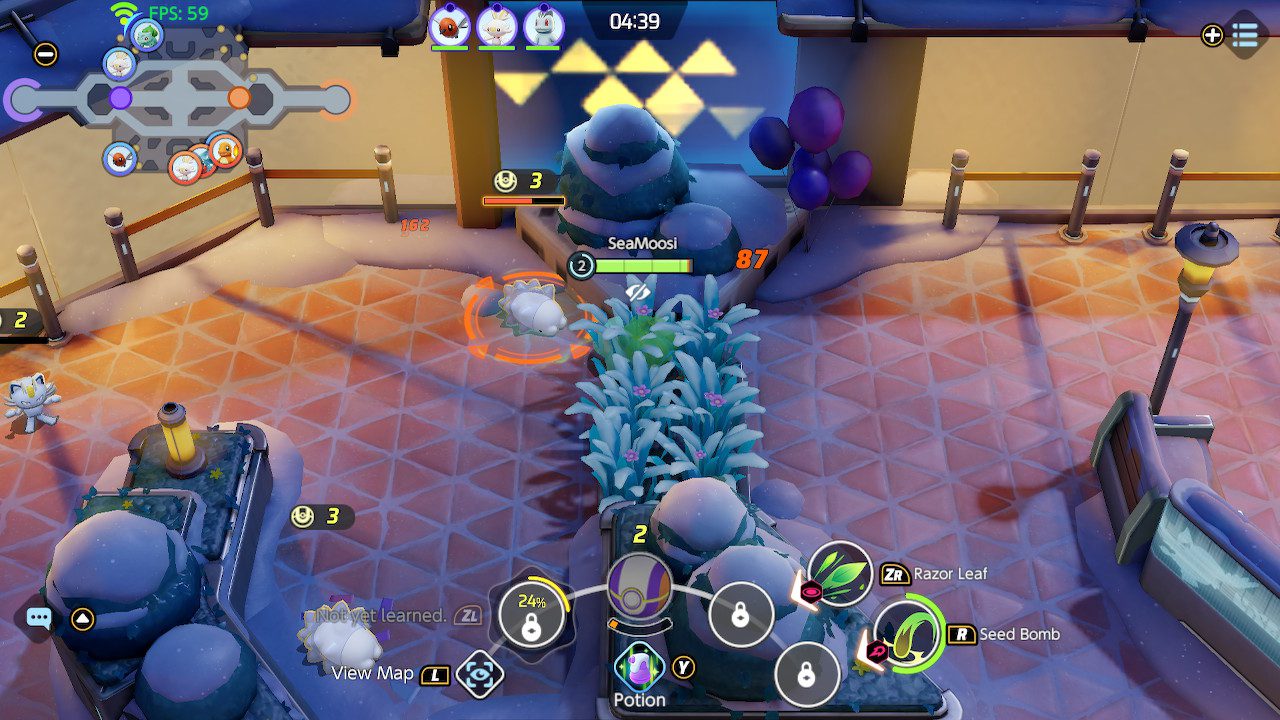 Play with your team

Lone wolfing is usually a surefire way to lose the match. Unless you’re absolutely out of control and overleveled, a solo Pokemon is easy pickings for a group. And your teammates usually bring something to the table in a fight that you don’t; Pokemon like Cinderace or Cramorant can dish out the damage, but a Snorlax is going to help you not get dove on by the enemy team.

Moving as a couple units early on, and then grouping up as five for big fights around objectives, is the best way to ensure you win more fights, stay alive longer, get more levels, and ultimately win.

Read up on the abilities and utilities

There are a few things that Pokemon Unite won’t make clear to you during the course of the game, but are very good to be aware of. Down on the D-pad, for instance, can teleport you back to your spawn after a short channel, and once a match has progressed far enough, a Superjump pad opens up your spawn as well. Make use of these to quickly reposition yourself on the map.

Also, read up on what your abilities do. Not all of them are immediately apparent, and you don’t get a ton of info on the level-up screen. Knowing what your branching options do for each Pokemon can help you make better choices about what you might need this game. Also, you won’t be like me and catastrophically misuse a Pokemon’s Unite move. Oh, and be wary of bushes! Pokemon can hide in bushes.

Have a good time

Look, MOBAs are uniquely frustrating. They’re a team game, and so wins feel really good, but losses can feel completely out of your hands. I’ve got a bunch of Pokemon Unite tips, but my best one is this: find a group of friends and try to have a fun time.

It’s very easy to be very toxic in these games, but I’ve found my favorite experiences in Pokemon Unite thus far are simply just teaming up with friends and battling around the lanes. It makes your losses easier to handle, and wins that much more enjoyable. All in all, have a good time, and welcome to the MOBA world of Pokemon Unite.