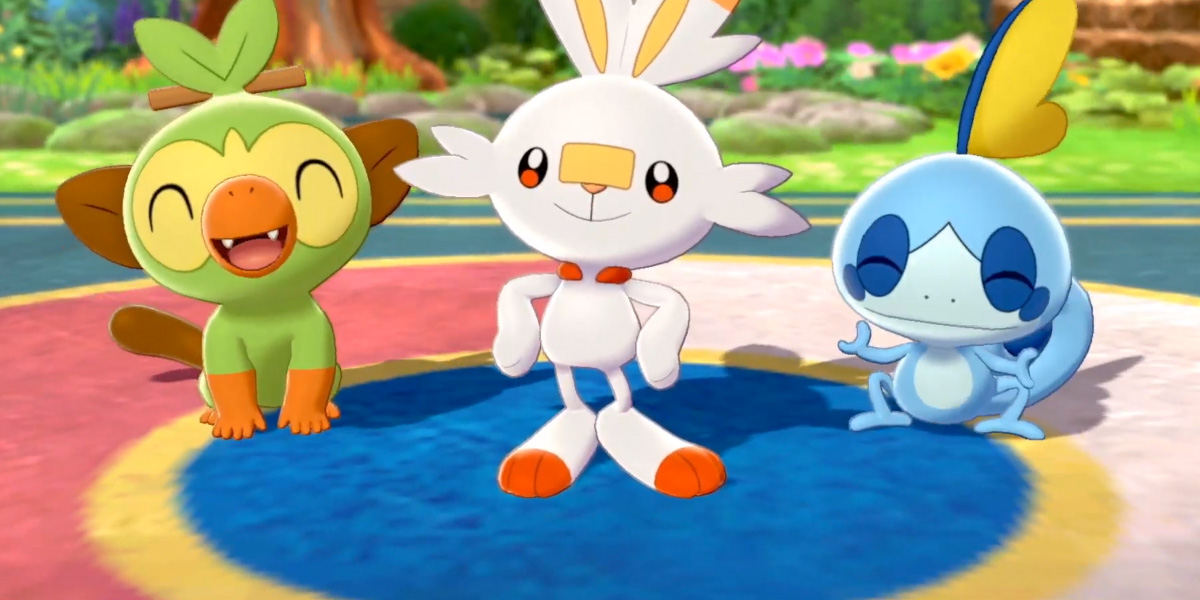 Nintendo dropped its “Pokémon Direct” today, and it gave us the first substantial news regarding Pokémon Sword & Shield.

In the debut trailer the main trainers wander around vast open countrysides and witness roaming Pokémon. “Giant Pokémon” are a thing (it’s called Dynamaxing) as well and it’s an important mechanic that will impact battles (it only lasts three turns, you can only use it once in combat, and you need the Dynamax Band to do it). Gyms are still a huge thing: even bigger in this new Galar region actually, as they’re televised and more like the anime’s version of championships. The flourish of these battles will play out thanks to the boisterous persona of Leon, the current champion and brother of your rival, “Hop.” Professor Magnolia and her assistant Sonia are your helpers this time. The grass expert Milo is also introduced as the first gym leader.

“The Wild Area,” a new “vast expanse of land,” has sort of randomized enemy layout, with “new discoveries each day,” and varying weather. It serves as a connector hub of sorts, and at special waypoints, four trainers can also challenge Dynamax Pokémon in a raid format: rad! Game Freak says it features “strategic cooperative gameplay,” and will have exclusive Pokémon to capture that are raid-specific. Online play for raids is confirmed. This is the sort of endgame play hardcore fans have been wanting for a long while as several legendary-based missions aren’t really cutting it like they did in the Red & Blue days.

Your legendaries are…wolves! Zacian and Zamazenta. Oh, and we have a date! It’s November 15 for both editions. You can find pictures of all of the new Pokémon here.