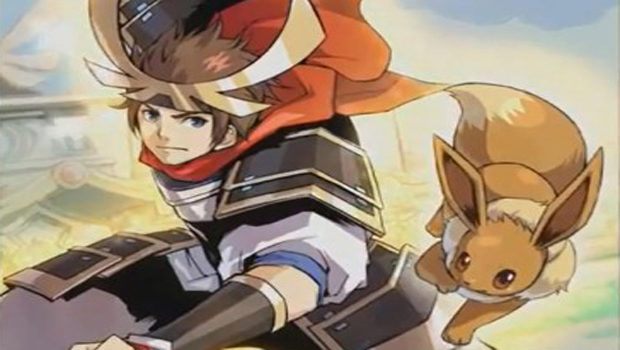 As you may have heard, the greatest videogame crossover ever is hitting the DS next Spring in Japan, care of Koei Tecmo and The Pokémon Company. The vaguely historically accurate Nobunaga’s Ambition and the totally historically accurate Pokémon series are coming together with Pokémon + Nobunaga’s Ambition, and I couldn’t be happier about it. Seeing Pokémon from all five generations team up to battle a Japanese warlord from ten generations ago is such an obviously good idea that I’m not sure why it took so long for someone to make it happen.

As you can see from the trailer, all the Pokemon will be fully animated, and will be engaging in some sort of strategy battle system. As for the cast, Gen. 5 legendary Zekrom will be teaming up with Nobunaga, Eevee will be the Pokémon of choice for the game’s male and female protagonists, Oichi has a Jigglypuff, some mysterious dude named Kenshin has a Mewtwo, Mitsuhide’s going (c)old school with an Articuno, and some mean-looking man named Shingen has a Groudon. Lucky bastards.

I’ll be buying this game day one, and I hope it leads to new trends in popular gaming. I’d love to see a game about Abraham Lincoln teaming up with Mike Haggar and Socks the Cat to free Oil Man, Jynx, and Panthro from slavery.