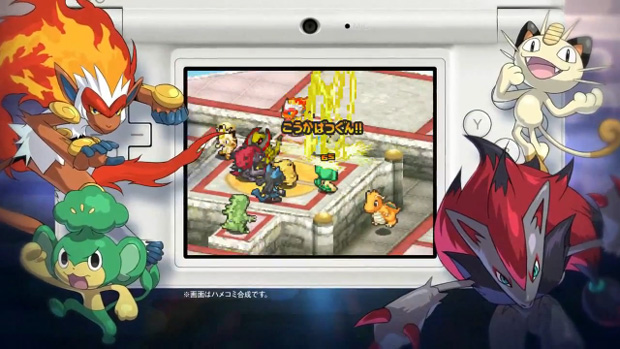 The greatest media crossover since Who Framed Roger Rabbit is exactly one month away from its Japanese release. Let the onslaught of television commercials begin!

Above is a 30-second spot for Pokemon + Nobunaga’s Ambition, and after the jump is an abridged 15-second spot. I can’t make heads or tails of what’s being said, but I imagine it’s something along the lines of, “Damn, son! I can’t believe this is for real! Sheeeeeiiiit!”

The Nintendo-Tecmo Koei team-up for DS still hasn’t been announced for Western territories, but I’m crossing my fingers so hard, you don’t even know.