Right around its release

Pokemon Home is about to get a lot busier, so the powers that be are making some adjustments later this week.

That means there’s going to be some downtime; which is taking place on Thursday, October 22 at 23:00 UTC until October 23 at 4:00 UTC (the latter is the planned end time, which could be extended). In case you missed it, Nintendo recently revealed the release date for Pokemon Sword and Shield’s Crown Tundra DLC, which is due out on October 22 as the last known DLC and second part of the season pass.

So why is it getting busier? Well, it was confirmed that legendary Pokemon will have a 100% capture rate so long as you make it through the gauntlet to acquire them and finish them off. Hence, it’ll behoove a lot of players to jump into Home and move some stuff around: especially if they already have the supported mythological beasts in question.

You can find the full maintenance notice below, taken directly from our app. While the first Isle of Armor DLC was fun for what it was, I have higher hopes for the seemingly larger and more detailed Crown Tundra add-on. 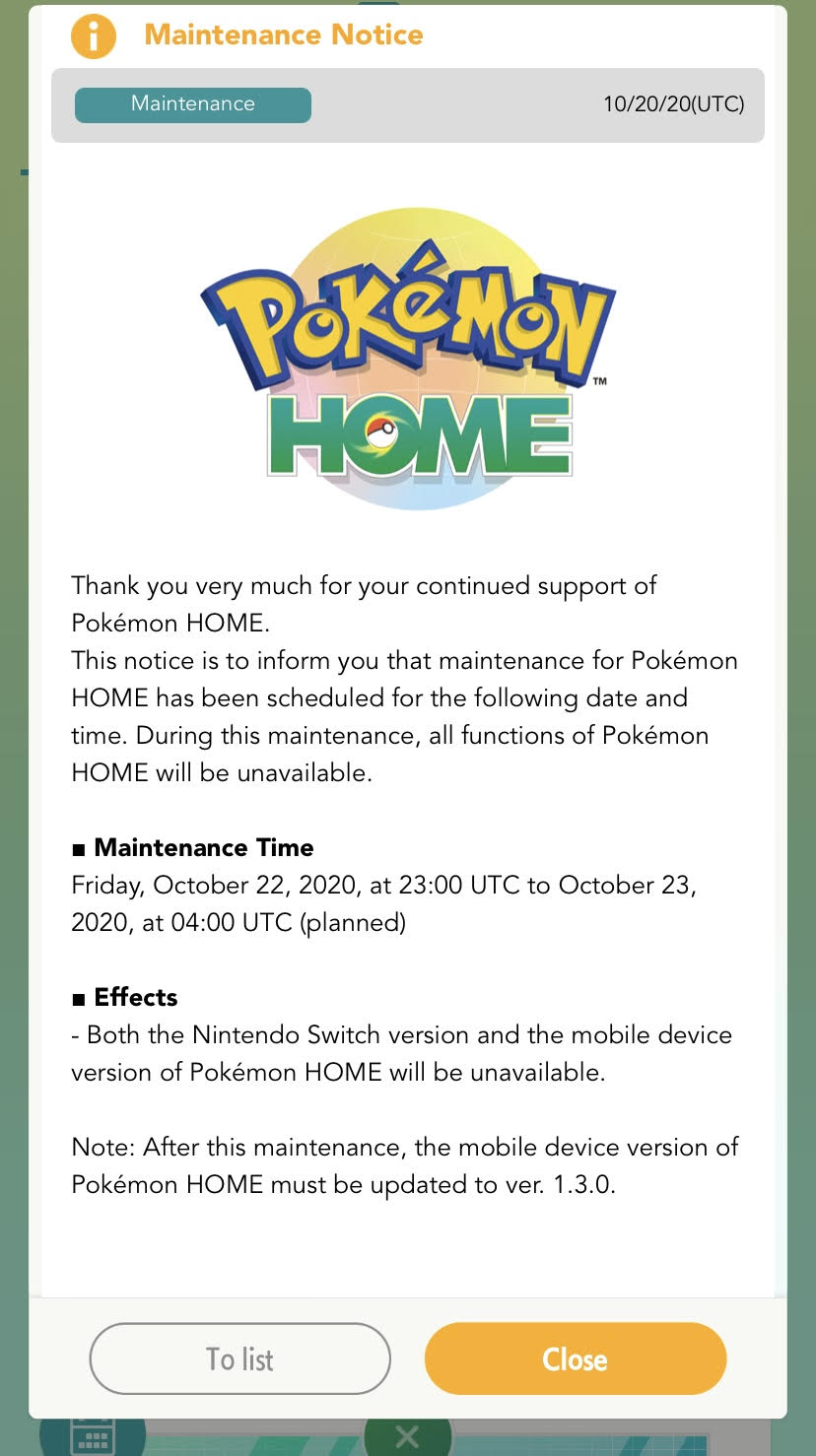