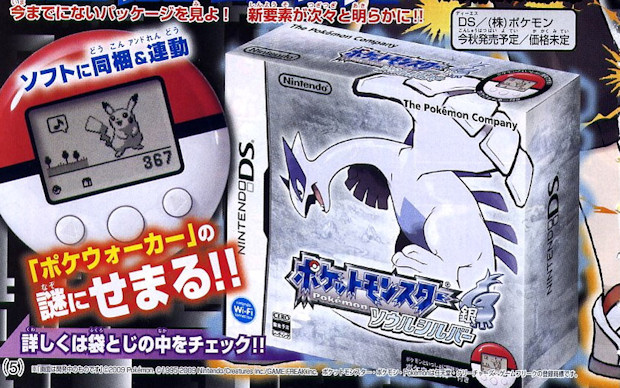 Pokémon HeartGold and SoulSilver released only two weeks ago in Japan but has already managed to accrue two million sales. These latest games are remakes of Gold and Silver, generally considered by fans to be the best Pokémon games of the whole series. So yeah, no surprise they’re selling like crazy.

The remakes have updated graphics and touch-screen controls. They also come bundled with a pedometer that wirelessly functions with the game itself to transform real-world steps into in-game rewards. The DS titles are due to hit North America and Europe in Spring 2010.

The exact figures so far clocks the Japanese sales at 2,067,609. It’s amazing just how much life is still in that series. You’d think the whole craze would have died in the nineties, but Pokémania is still very much alive and well.