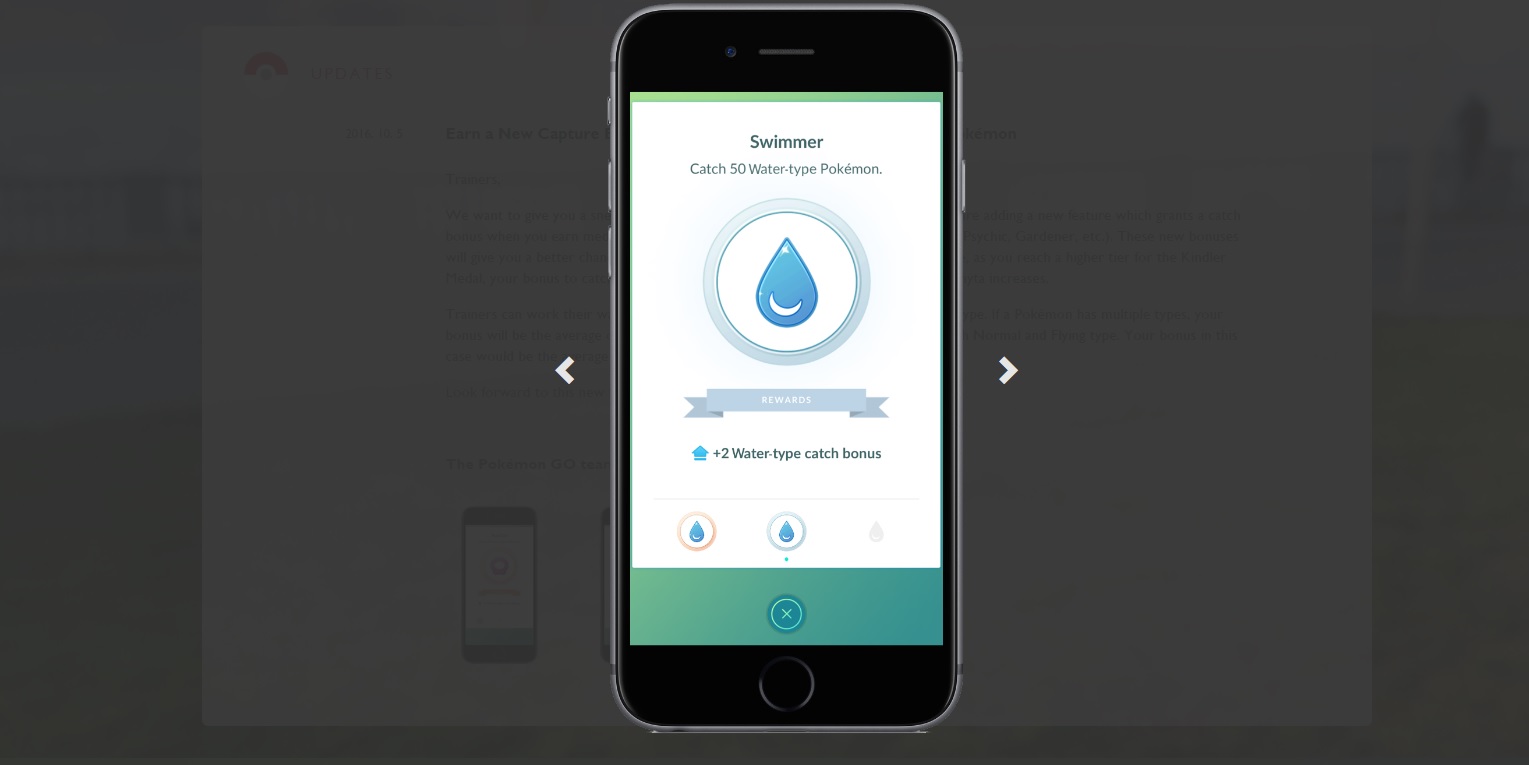 Pokemon Go had two updates in the hopper — one that was relatively tame and should have been in by default, and the other, a nice change to a system that naturally required fan feedback and adjustment.

Operative phrase here being “had,” because they’re now rolling out on Android and iOS. To be exact, your catch bonuses have been upgraded, to the point where the more of a certain type of creature you catch, the more chance you’ll earn to grab them in the future. It’s a good incentive for nabbing up those Pidgeys and Rattatas.

Gym training is now significantly improved, as you can bring in a crowd of six instead of one, and the system will now alter your CP up to the trainees. Beyond that, minor fixes are in tow, as well as a better egg and incubator UI.

Good changes, but we’re all waiting for stuff like trading. They’ve made enough money as it is to kick things into overdrive! While there are still a lot of people playing there has been a significant dropoff, and I hope something comes sooner than later that brings people back together again.