What with the spooky season upon us, many video game publishers are gearing up to release creepy content onto their wares, and Niantic are no different, having revealed adorable Halloween content coming to their flagship mobile title, Pokémon GO.

Firstly, Ghost and Dark type pokémon will be more prevalent in the wild, in raids, and lurking inside eggs – it is their prime season, after all. Lucky players may even stumble across a Spooky Shiny Yamask, while five-star raids may offer the returning Darkrai. There will also be 2x multipliers on Catch, Hatch and Transfer Candies. No tricks, just treats.

Those visiting Team Rocket PokéStops will also have the opportunity to liberate many Shadow type pokémon, including Weedle, Kakuna, Beedrill, Electabuzz, Magmar, Lapras, Mareep, Seedot, Nuzleaf, Sableye, Trapinch, Cacnea, Shuppet, and Duskull. As well as all of the above events, numerous themed avatar items will be available in the Style Shop. 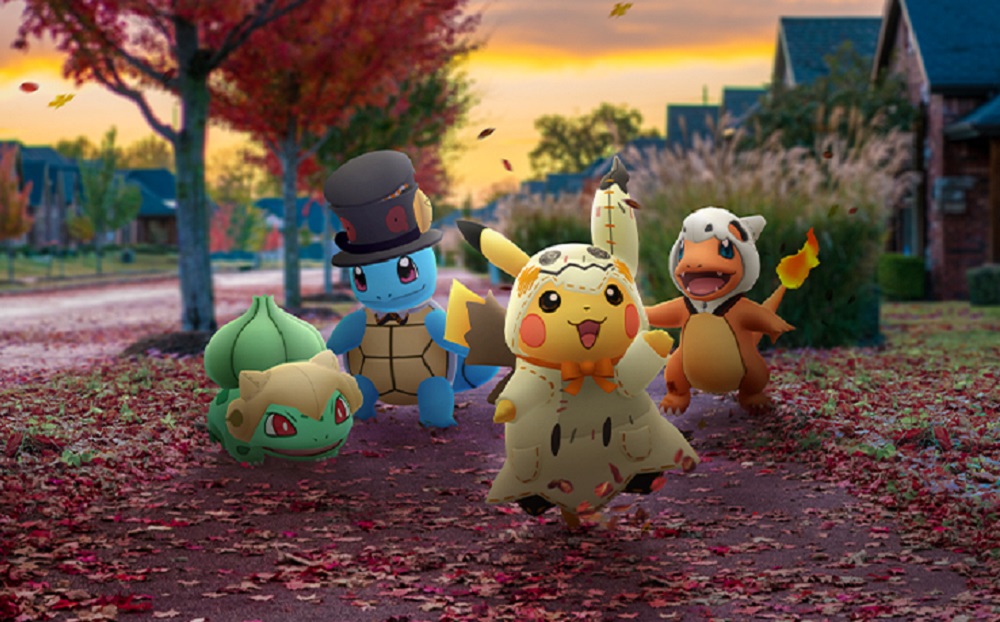 But the best addition is four special Halloween variants of classic pokémon, each sporting fun fancy dress outfits. These beyond charming critters include Bulbasaur as Shedinja, Charmander as Cubone, and Squirtle as Yamask, all of which can be found in raids. Best of all, however, is Pikachu in a darling Mimikyu outfit, finally validating the latter (still the best pokémon) for years of poor man’s cosplay. Mimi-Pikachu will be found out in the wild, so keep ’em peeled.