Pokémon Go developer Niantic has quietly put an end to fan-made Pokémon tracking tools. One of the more popular apps, Pokévision, displayed wild Pokémon locations on a map in real time, but, as of today, the website displays a message stating its “services are currently unavailable.”

According to a series of tweets published to the site’s Twitter account, Pokévision kept the site running as long as possible, but “are respecting Niantic and Nintendo’s wishes,” resulting in the suspension of service. These tools rose to popularity after a bug rendered the in-game wild Pokémon tracker useless. 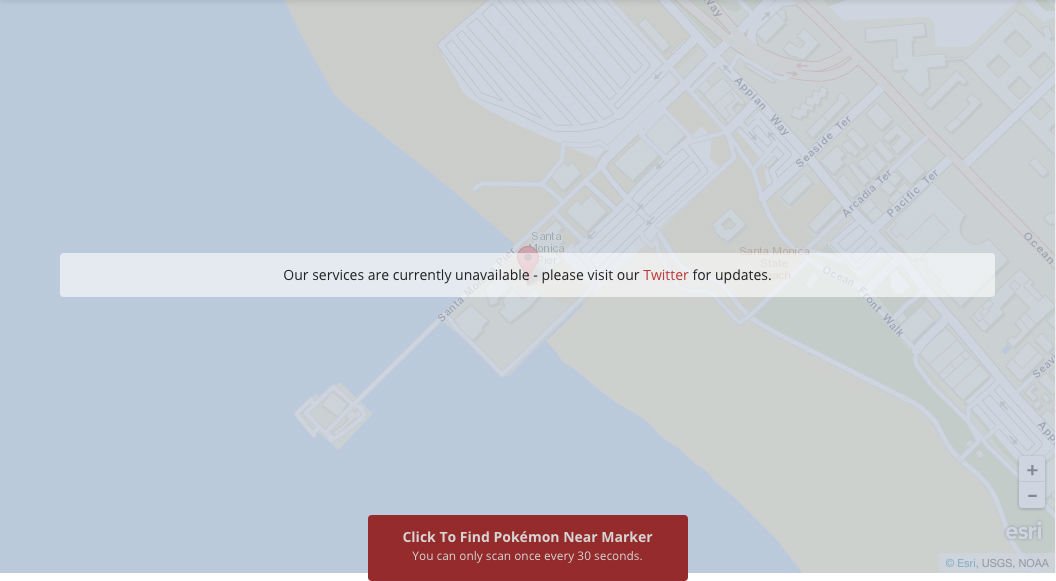 Previously, the game displayed silhouettes of nearby Pokémon in the lower right corner of the screen, and ascribed footprints below each figure to represent how far away the player was from that Pokémon. Unfortunately, the tracker has been broken since mid-July and the distance feature was removed altogether in yesterday’s update. The wild Pokémon still spawn, but without tools like Pokévision, there’s no way to tell specifically where they are.

Pokémon finding websites bypassed the tracker and gave players the ability to once again chase down wild Pokémon. But as of the latest update, the bug is still not fixed and third-party trackers no longer work as a temporary fix, essentially leaving one of Pokémon Go‘s best features completely useless.