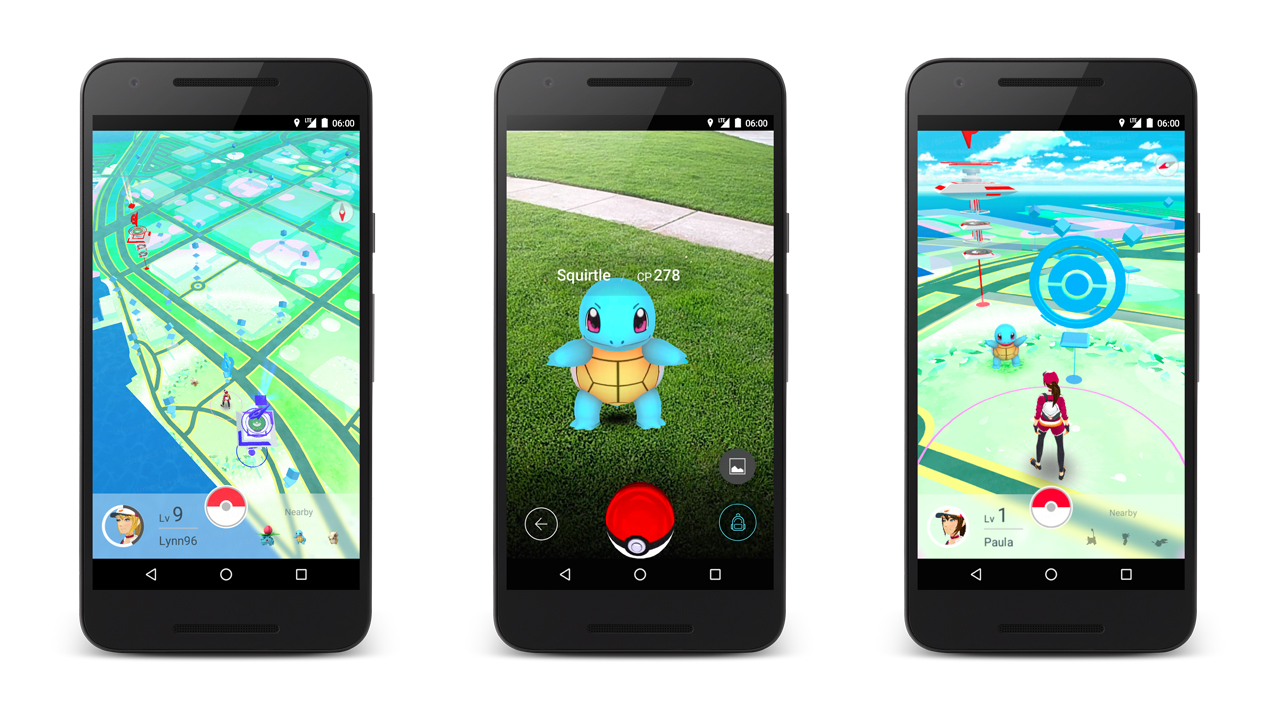 A brief overview of the gameplay

That recent, not-great footage of Pokémon Go was a rude awakening for some people with lofty expectations for Niantic’s augmented-reality mobile game, but now the healing process can begin. The company shared some new details about iOS and Android title today.

The basic idea is that while you’re out in the real world, your phone will vibrate to let you know a Pokémon is nearby that you can then find and catch. Some will only appear in certain areas (e.g., Water types might only live near lakes and oceans) and by leveling up as a trainer, you’ll be able to catch more powerful Pokémon. Evolutions can occur if you catch the same one enough times.

There will also be eggs, which can be found at PokéStops (think real-world art installations, monuments, and the like). Predictably, they’ll hatch after you take enough steps. As for battling:

“At a certain point in the game, you’ll be asked to join one of three teams. Once you join a team, you’ll gain the ability to assign Pokémon you’ve caught to empty Gym locations or to a location where a team member has placed one of his or her Pokémon. Like PokéStops, Gyms can be found at real locations in the world. Each player can place only one Pokémon at a particular Gym, so you’re encouraged to work with others on the team to build up a strong defense.

If a Gym is already claimed by another team, you can challenge that Gym using your own Pokémon. Using the Pokémon you’ve caught, engage in battle with the defending Pokémon at the Gym to claim control.”

At a minimum, this stuff sounds like a decent excuse to get out and about. I’m hoping the monetization doesn’t go full Pokémon Shuffle as far as catch rates go, but otherwise, I want to try this.