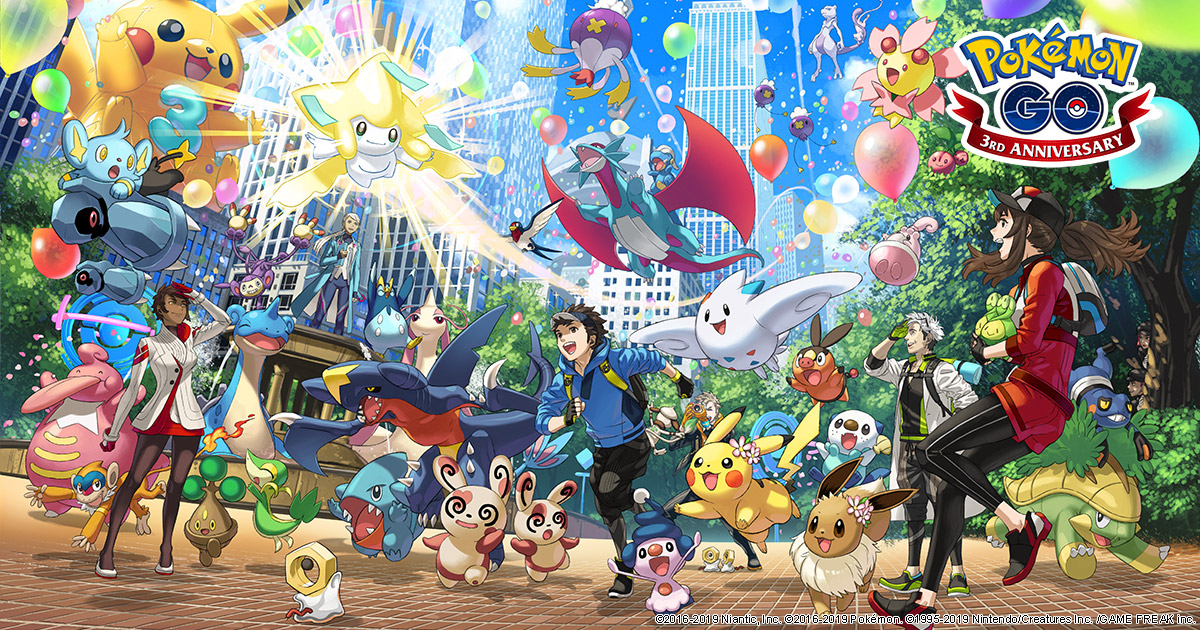 There’s something you don’t see every day

Whether you’ve stuck with Pokémon Go since the beginning or you’ve long since dropped off, it can be interesting to see where the game is at from time to time. This week, The Pokémon Company touted a new milestone that helps illustrate Go‘s wild reach: it’s been downloaded one billion times worldwide.

The stat popped up in a commercial on The Pokémon Company’s Japanese YouTube channel, and my mind is reeling as I try to imagine a billion people catching monsters. (Good looking out, Serebii.)

Serebii Update: PokÃ©mon GO has been downloaded 1 billion times since its launch in July 2016 https://t.co/gDbXkHSvkT pic.twitter.com/2XcXzUbo5u

Whenever the game comes up in the news like this, I think back to the early days in 2016. Those first few months of collectively playing Pokémon Go as a shared experience and discovering all the local hangout spots were special. It didn’t last – at least not for me – but I’ll cherish those memories.

The real question is, will lightning strike twice? Can someone, anyone, pull off another huge Pokémon release on mobile? The next game, Pokémon Masters, has its work cut out for it. As neat as it is to see a battle-focused spin-off game that leans into fan-favorite characters (and has the good sense to put shirtless Brock in the spotlight), many of us are wary of heavy-handed in-app purchases.

Personally, I’m most curious about Pokémon Sleep. It has that fun-to-talk-about oddball factor, but will players bounce off after a few weeks? It’ll be tough to get people to care long-term when we already have so many other subscriptions and apps and games – including Go – vying for our daily attention.

There are a lot of unknowns right now in the mobile space, but it’s clear that Go is here to stay.