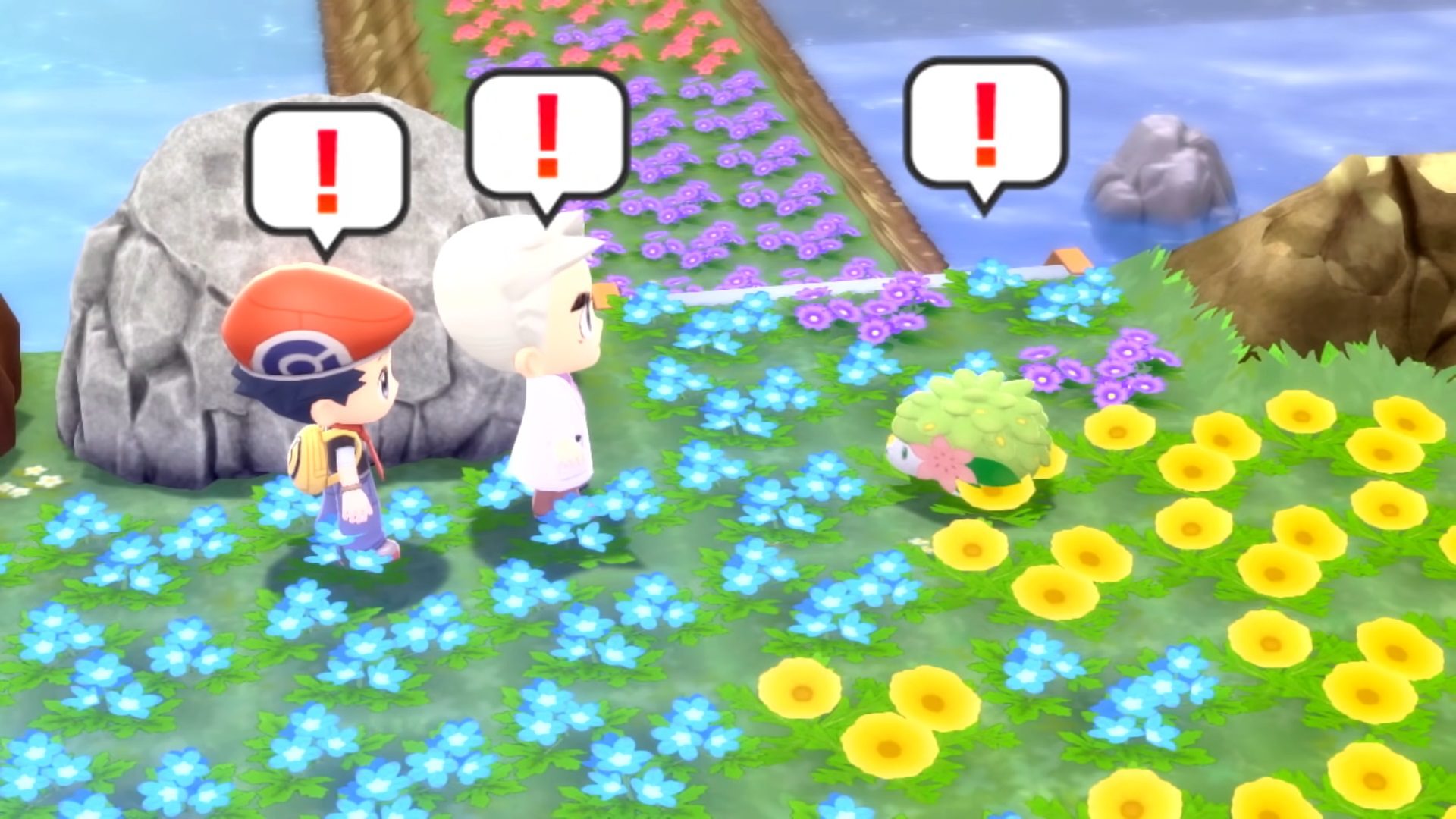 [Update: The Pokemon Company has provided instructions for the entire event here, including where to encounter Shaymin.]

If you want a free Shaymin in Pokemon BDSP, make sure you log in before March 27, because that’s when the ability to nab it is getting cut off. Technically, it’s via the removal of the Oak’s Letter distribution, because once you have the letter, you’re good. So just log in before then.

Here’s all you need to do, having done it this week:

That’s it! You’ll pick up Oak’s Letter, which will allow you to encounter Shaymin after finishing the Hall of Fame and grabbing the National Pokedex. In other words, you can enable it as soon as you have the mystery gift option, but it’s an endgame activity of sorts. There’s one Shaymin per save file, and Nintendo Switch Online isn’t required to get Oak’s Letter, according to Nintendo.

All of this takes place in the Flower Paradise area, which you may recall was “broken into” via a glitch around the launch of Brilliant Diamond and Shining Pearl. You can find out how to locate that area here. 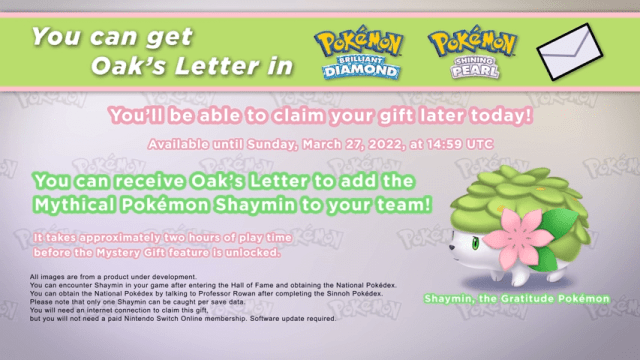