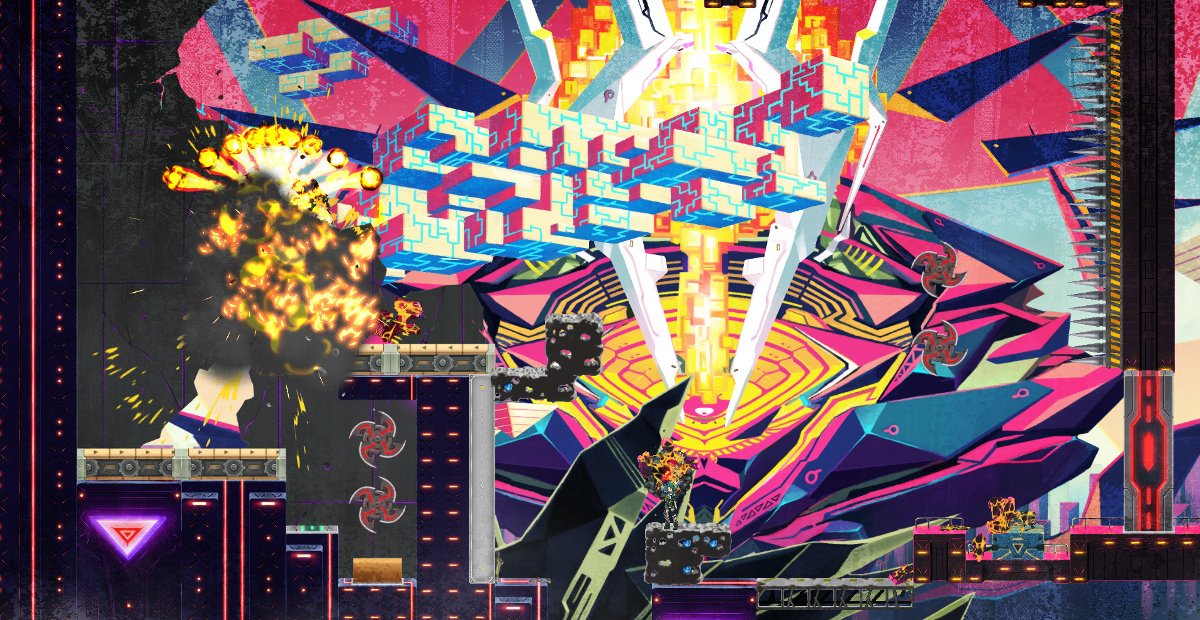 I never like it when developers get pigeonholed into doing only one series their entire life before dropping out of popularity, so I’ll always champion when developers try something new.

On that note, did anyone remember that the developers of the Pokémon series Game Freak put out a 2D platform-puzzle game called Giga Wrecker on Steam a few years ago? Yeah, me neither.

In Giga Wrecker you play as Reika, a girl who can control debris in a world being invaded by aliens. So using your ahem garbage controlling powers you fight back against the robots as well as solve puzzles. Giga Wrecker came out of Game Freak’s internal Gear Project initiative where developers are encouraged to pursue ideas that they have for smaller projects. Similar to how Double Fine does their Amnesia Fortnight every year.

If you missed the Giga Wrecker on Steam, or just simply didn’t have a PC to play it on, you will soon be able to play on the PlayStation 4, Xbox One, and Switch with Giga Wrecker Alt that will bring with it exclusive features like Iron Man mode.

For now, Giga Wrecker Alt looks to be a digital release for Xbox One with a Limited Run Games sale expected for the PlayStation 4 and Switch versions, as well as a digital release. No concrete release date is set as of yet, and all we’ve got is the ominous “coming soon.” My bets on an insta-release sometime during E3 in a few months but that’s just me guessing.