With the start of a new Pokemon generation comes a new stage in the long-running animated series. And it looks like this time, Ash and Pikachu won’t be setting out for the new region full of Pokemon.

A new trailer today shows what’s next for the animated Pokemon series. It starts by confirming that the final episodes of Pokémon Ultimate Journeys: The Series will air over the coming days, specifically the “final chapter” in Ash and Pikachu’s story. Looks like a lot of familiar faces will be turning up.

Then, at the end of the trailer, we see some of the Paldea region Pokemon from Pokemon Scarlet and Violet. After a tease of Fuecoco, Quaxley, and Sprigatito, we see the splash art for who we can assume will be the new protagonist of the Pokemon animated series.

The trailer description says that viewers will join two new heroes and the three Paldea starter Pokemon, on a journey through the exciting world of Pokemon. No names for the duo yet. 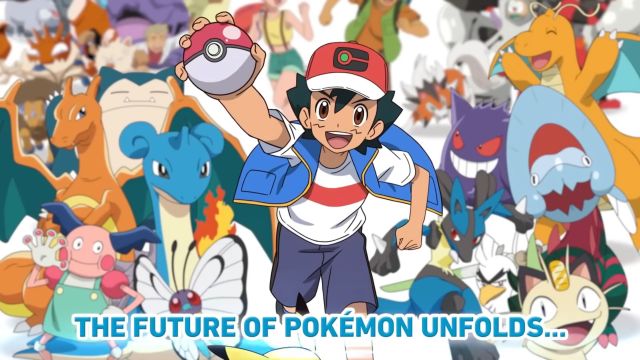 Ash and Pikachu recently made real-world headlines by finally winning the Pokemon World Championship in the animated series, cementing Ash’s place as one of the best. Now, it seems like our intrepid and forever-young protagonist is going to set his sights elsewhere, as we pass the torch to a new band of Trainers.

It is bittersweet to see. I certainly haven’t followed the animated series closely in some time. But the Pokemon series featuring Ash, Pikachu, Brock, and Misty was always on the television as I was growing up. Seeing Ash finally hang up his hat, so to speak, is a big change but probably as overdue as his championship win.

This might get to me tune in for some of the new episodes too, as Paldea is a really cool region with some fascinating history that players dig into near the end of Pokemon Scarlet and Violet. Here’s hoping Ash and Pikachu still pop in for a cameo now and then.