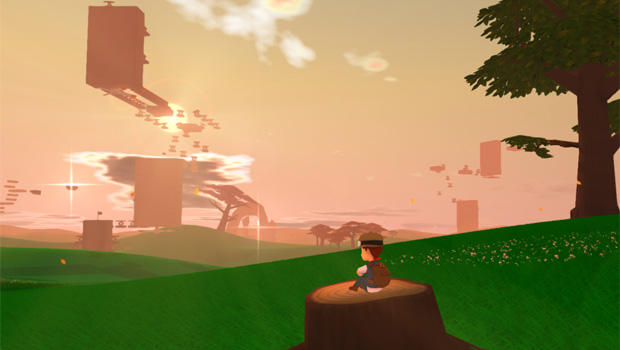 Oh, how I miss them

This is the kind of thing I like to find when I wake up in the morning. It’s a teaser trailer for a 3D platformer, Poi, and watching it makes me think that there’s a bold adventure just waiting out there for me to experience. But it’s really cold outside, so I’m just going to watch the video a few more times and pretend I am having an adventure (and that I am warm).

Poi is the first project from PolyKid Games, a start-up founded by Paul Ewers and Ben Gable, former Zynga employees who struck out on their own last May. Currently in development for PC and Mac, PolyKid plans to launch a Kickstarter campaign to seek more funding in the near future. With a presentation like this, they might make out pretty well there.

I tried to think about the number of recent 3D platform games and I could only come up with Super Mario 3D World. Much to my shock and horror, a scan of Metacritic had much the same result, with only a single game released in 2014 defined by the site as both a platformer and 3D. And that was AeternoBlade, a 2D game I can only assume has either been mistagged or just lazily lumped in because it features 3DS visual effects. While that cursory glance should by no means be the final word, as products of all types trickle into the market at all times, it’s still quite sad to see a genre with such a vibrant history appear so neglected today.

Poi isn’t likely to fix that in any major way, but I’m taking some comfort in knowing it’s out there.