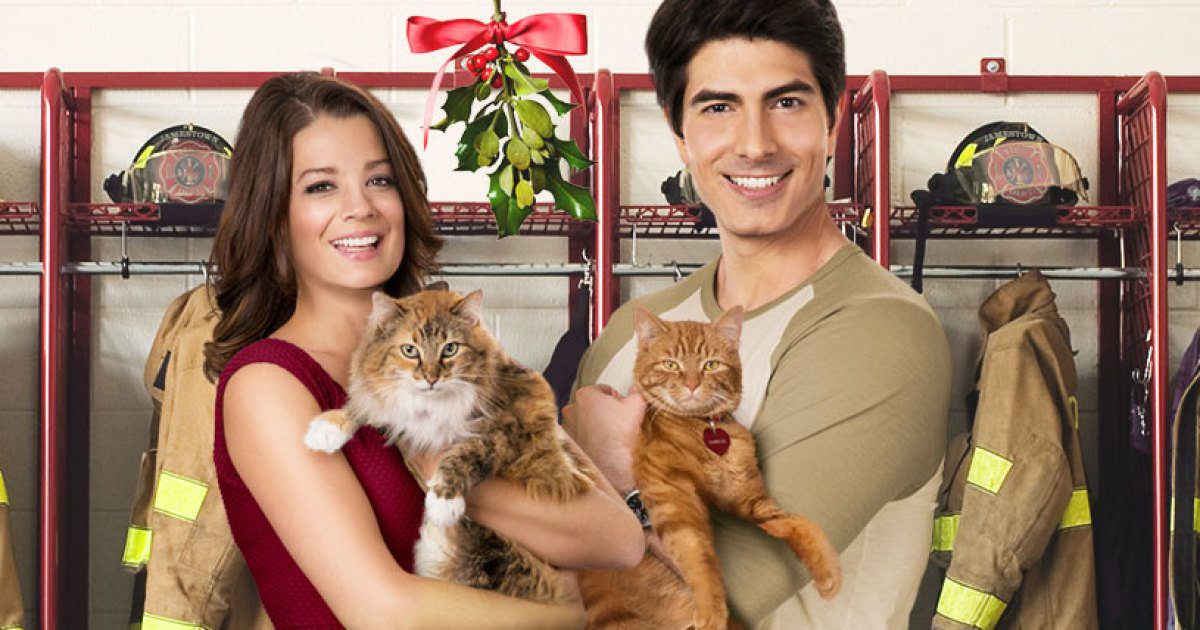 Tough career turn from Man of Steel to Man of Hallmark

Seriously, look how big his head is there. That thing is huge. Is this a bad photoshop, or is his head four feet closer to the camera than the rest of his body? Sorry, this has been the only thing on my mind since yesterday when I bought that Legend of Zelda NES cartridge ornament from Hallmark and saw this movie being advertised on the page. As much as I fantasize about Brandon Routh as a hot fireman — and I do — he always has a normal-size head in those fantasies.

Of course, Mr. Brain & Nerve Tonic up there is starring in just one of the many Christmas movies the Hallmark Channel has already begun shotgunning into its viewers’ faces. If you’re super into these movies like my parents, this is the best time of year because it finally gives you something to watch that probably won’t have any commercials telling you to vote, which you know deep down are just commercials telling you to vote for Joe Biden. But if you’re like me, you’re just in it for the pictures of the dead-eyed white people on the promo page. There’s even going to be a gay couple in one of the movies this year, but sadly, there are no pictures up for it yet, robbing us of the opportunity to see the lifeless expression of One Tree Hill‘s Robert Buckley.

What does any of this have to do with getting some questions for the Podtoid crew? Nothing really. I just love making fun of this shit. But if you have some questions for us, we’d love to see them in the comments below. The more creative the question, the more likely it is we’ll ask it on the show.

Filed under... #New Adventures of Podtoid