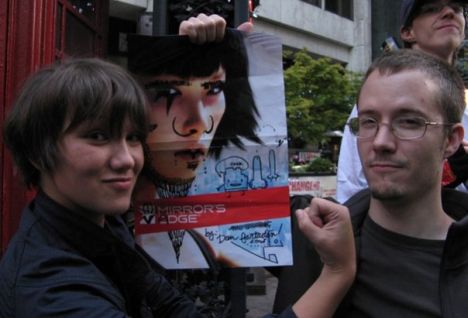 As was the case with Braidtoid, feel free to toss out any and all questions you might have for Dan, and we’ll try to get to as many as we can. We’re asking more listener questions than we would for a regular Podtoid episode, so your chances of winning some cool swag are much increased.

Also, this week’s episode will see a farewell to the Podtoid sonnet. Fear not, though, as it’s been replaced with something much simpler and potentially funnier: the Joel Siegel Title Pun. In each week’s preshow post, I’ll toss out a game title or general genre from which you can choose your own game.Your job, faithful listener, is to make a horrendously corny pun of the game’s title. We’ll read the best ones on the air. If you need some example Siegel Puns, just check out the alt text of the header pic.

This week’s Joel Siegel Title Puns should be based around Castle Crashers, in honor of our special guest. It’s a pretty challenging title to pun around with, but I believe in you guys.