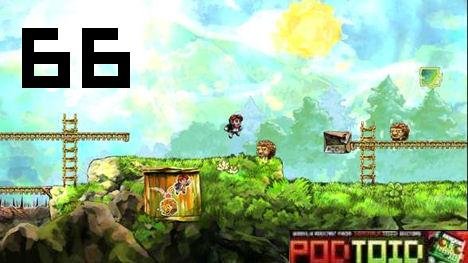 It was pretty awesome. You can listen to the whole thing here.

Though we didn’t technically discuss any spoilers, I still wouldn’t recommend listening unless you’ve played through the game: certain things about the ending are hinted at, and most of the discussion probably won’t be that interesting to you anyway if you haven’t actually experienced the game yet.

-Tiff Chow: sings her most frightening jingle yet

-Was the ending set in stone from the beginning of production?

-Jon likes Space Giraffe, Aaron and Jim are rocked to their very cores

Considering almost every single reader question asked resulted in a really interesting response from Mr. Blow, it was even harder than usual to pick a best question. However, Jon personally picked out The GHost‘s question near the end of the episode, and gave an answer I did not expect. Just post your email in the comments, GHost, and I’ll contact you about receiving your swag.

[The music is from the game.]