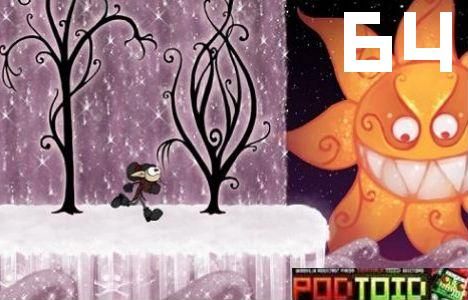 If you thought we might play it safe this week and tiptoe around the already considerable controversy surrounding Destructoid’s Eternity’s Child review, perhaps keeping the moral high ground in distancing ourselves from the sh*tstorm, well…you’ve probably never listened to Podtoid before. You can alleviate that problem by going here.

This week’s entire episode is fueled solely by listener questions, which means a lot of random and varied topics of discussion. Which is nice. Highlights include:

-We talk about Eternity’s Child, but probably not for as long as you’d think

-What makes a great villain?

This week’s best question came from Brian Keljore, who initiated one of the few disagreements in the episode and actually managed to get every person to talk about something different. Put your email after the comments and we’ll send your money in all due haste.

[The song is “Waiting to Die” by Mickey Avalon.]