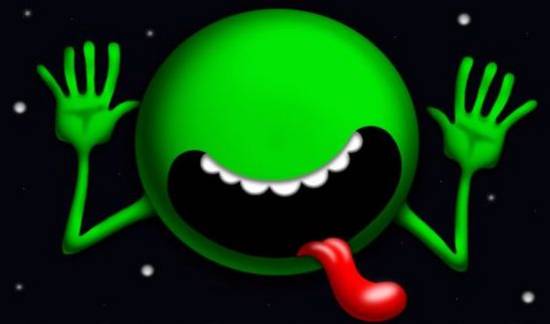 You know, it’s funny: given the lack of flying cars, laser guns, or effective, universal health care, I hear many complaints that, for 2008, this doesn’t really feel like “the future.” Maybe they’ve got a point, but they neglect to recognize one thing: we do have the Hitchhiker’s Guide to the Galaxy. According to the radio show: “…though it cannot hope to be useful or informative on all matters, it does make the reassuring claim that where it is in accurate, it is at least definitively inaccurate.”

So, you can access a frequently inaccurate world encyclopedia on a small, sleek, friendly-looking black box, where you can then translate any language and educate yourself about the impending Vogon raids. Who says this isn’t the future?

Anyway, we’re Podtoiding tonight, and we’ll be talking almost exclusively about The King of Kong, which comes out on DVD today. If you wanna ask us questions about the documentary, that’s alright; if you wanna ask us something totally unrelated, that’s great, too. Either way, if your question kicks a sufficient amount of future-ass, you’ll win 25 future-bucks.