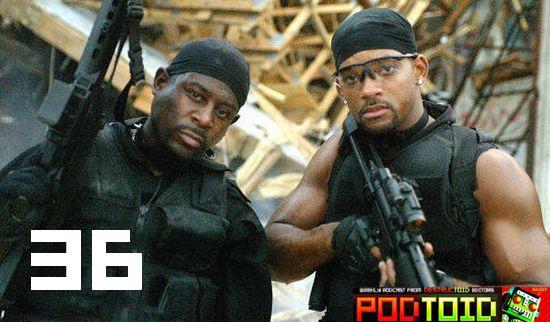 Yes, it’s back. After roughly a month and some change, Podtoid finally returns with a new episode and…could it be…a new host?

Incidentally, yes: Linde’s reign of Podtoid terror has come to an end, only to be superceded by an even more douchebaggy force — myself. Fret not, however, as Linde is still around to provide us with color commentary for this episode right alongside the lovely Tiffany Chow, and the even lovelier Joseph “Orcist” Leray.

This week, we’ll be discussing the following topics:

Virtual reality can offer as much relief as pain meds: On a scale from one to morbidly obese, how fat is the average gamer?

Jerry Bruckheimer is gonna make videogames: Does this mean we might one day see a National Treasure videogame? Our fingers are crossed.

We’re trying a slightly different format with this week’s episode, so let us know what you think. I’m still getting used to the trials of MX Skype Recorder and Skype’s incredibly hilarious habit of booting me from the conference call literally every five minutes, so some technical issues will arise. Either way, go here and listen to it.

[The intro/outro song is “Titoli,” by Spindrift.]