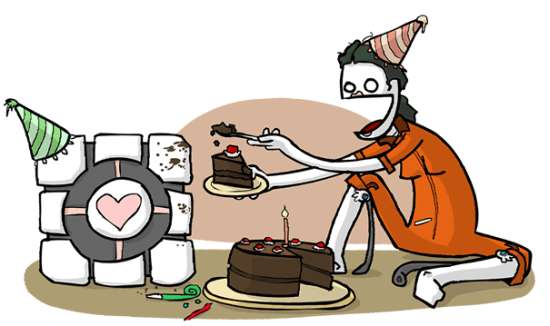 While some of the staff is off in LA meetin’ important people and playin’ lots of games, the rest of us are here holding the fort, left home because we’re just not pretty enough to represent Destructoid publicly. So us fuglies Nick Chester, Anthony Burch and special (non-fugly) guest Chris Furniss are going to find ways to entertain ourselves in the absence of, say, a playable Metal Gear Solid 4. So we were thinking, let’s get together and curse like sailors while we talk about games! And if that doesn’t make us feel better, we can always clutch our cubes — our only friends.

Among our topics: Okami for the Wii and the Wii/PS2 port-a-thon; British Intelligence adverts running in games; Orange Box rippin’ Metacritic a new one, and whatever we happen to pull out our ass when recording is underway. Course, we’re nothing without your questions, so hit that jump and ask us some questions. As per usual, the best one wins a cool $25, so make ’em sexy. And about cubes. Sexy cubes.