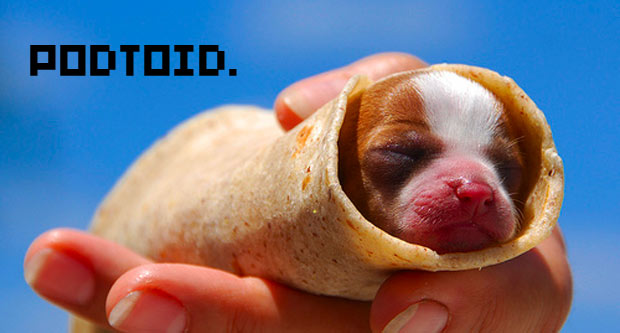 Senor Perrito del Burrito says: Anthony and Jim are not here this week.

As such, tonight’s episode of Podtoid will be hosted by one Aaron Linde, Esq. instead. Joining him will be Dr. Samit Sarkar, Warrior of the Arctic Brad Nicholson, and me. I don’t have a title because I’m a proper failure with no credentials. But I do have a Summer DX version Yotsuba Revoltech, and can the other guys say that? Didn’t think so.

Tonight we will be talking about things. Videogame things. If you want to leave us a few questions in the comments so that we have even more things to talk about, that would be fine. We will probably answer some of them. Probably.

All hail Senor Perrito del Burrito. He is all-knowing, and craves chicken teriyaki.

Filed under... #Podcasts#PODTOID#Skeletons are awesome