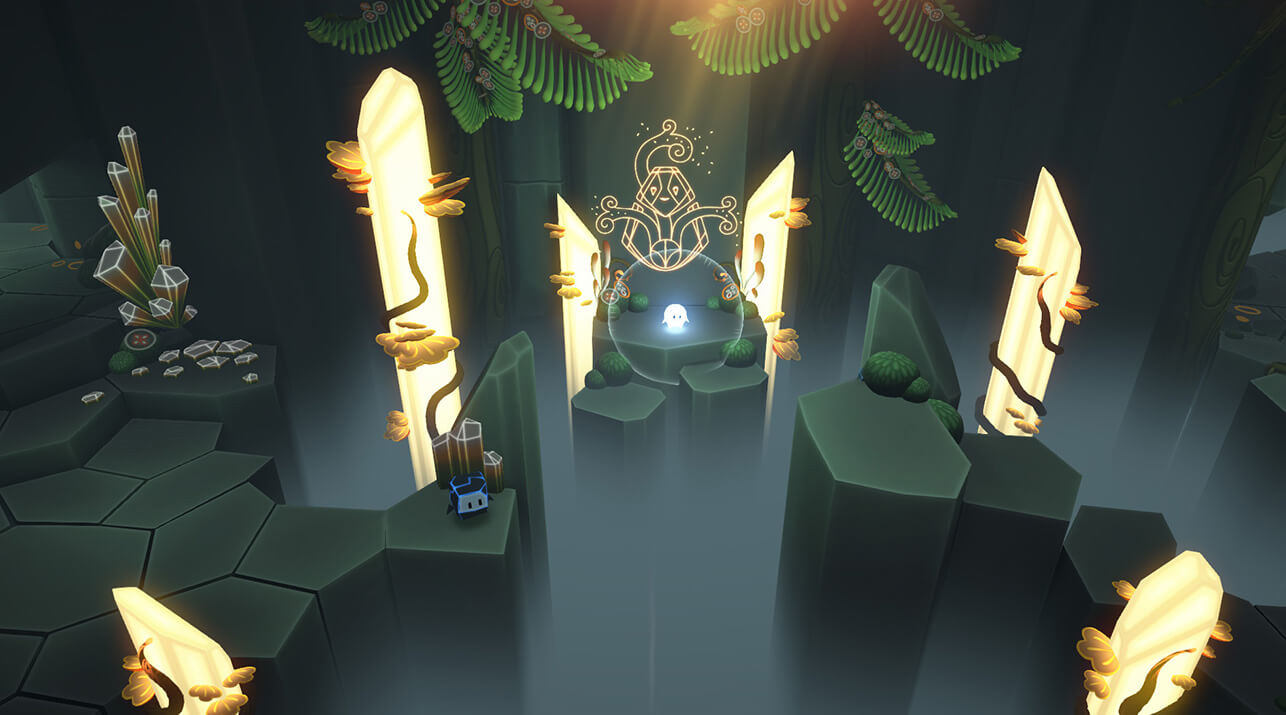 Commit that name to memory

Pode is a cooperative puzzle adventure that feels tailor made for the Nintendo Switch.

The controls are simple enough to work well on a single Joy-Con, the mechanics and themes are approachable for a wide audience, and it’s all so very cute. The two main characters — a rock named Bulder, and a fallen star named Glo — work hand in hand to travel through a magical mountain, sometimes literally. Their abilities play off one another and as best buds they regularly hold hands.

You might’ve seen Pode pop up in the Nindies Showcase earlier this year or in person at a gaming expo. Nintendo has taken a liking to this game and the Norwegian studio behind it, Henchman & Goon.

After playing the first couple stages at Nordic Game 2018, I can see why. Pode is the type of light, non-stressful co-op game I tend to flock to and one I think will resonate with the average Switch owner.

You can complete Pode on your own, switching off between the two characters as needed, but it’s safe to say this is best played in two-player local co-op. As Glo, I was able to light the way, make plants sprout, and melt away ice. My partner stuck with Buldur. He was able to squeeze through square tunnels, activate switches to lower walkways, and hold me in his mouth and spit me out like Kirby.

The puzzles started out basic and mostly required getting from point A to point B by opening up platforms using our separate but complementary powers, but it was clear things were ramping up. We definitely missed a bunch of hidden collectibles along the way, and the developers plan for Pode to be more substantial than the several-hour runtime we typically see of games like this.

Pode wasn’t on my radar before, but it most certainly is now. (The fact that Austin Wintory is handling the soundtrack only sweetens the deal.) Look for it on the Switch eShop later this year.

Also, if you’re wondering about the name, here’s what it means: to graft (To insert (a graft) in a branch or stem of another tree; to propagate by insertion in another stock.)