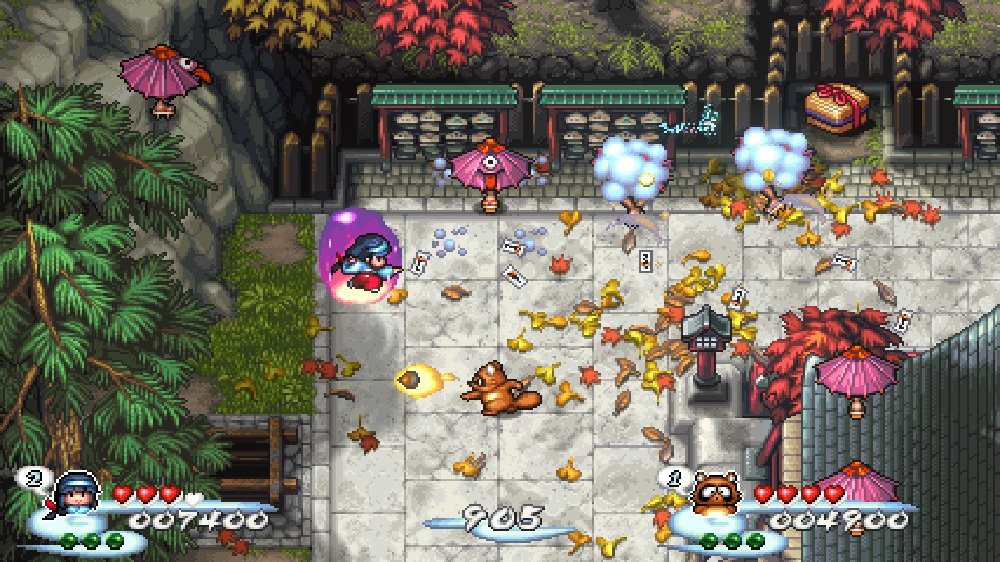 It’s your time to shrine

Taito and Natsume announced this morning that the revitalized sequel to SNES classic KiKi KaiKai: Nazo no Kuro Mantle – known in the west as Pocky & Rocky – will launch on PS4 and Nintendo Switch this fall. The new adventure has been officially titled Pocky & Rocky Reshrined.

Developed by The Tengo Project, the team responsible for cool retro remasters Wild Guns: Reloaded and Ninja Saviors: Return of the Warriors, Pocky and Rocky Reshrined sees the shrine maiden and her tanuki pal return for a brand new adventure, utilizing a brand new engine and modern gaming technology while retaining the top-down, multi-directional shooter action and 16-bit audio/visual aesthetic of the original games.

Check out the previously released trailer below. What a delight! I can’t wait!